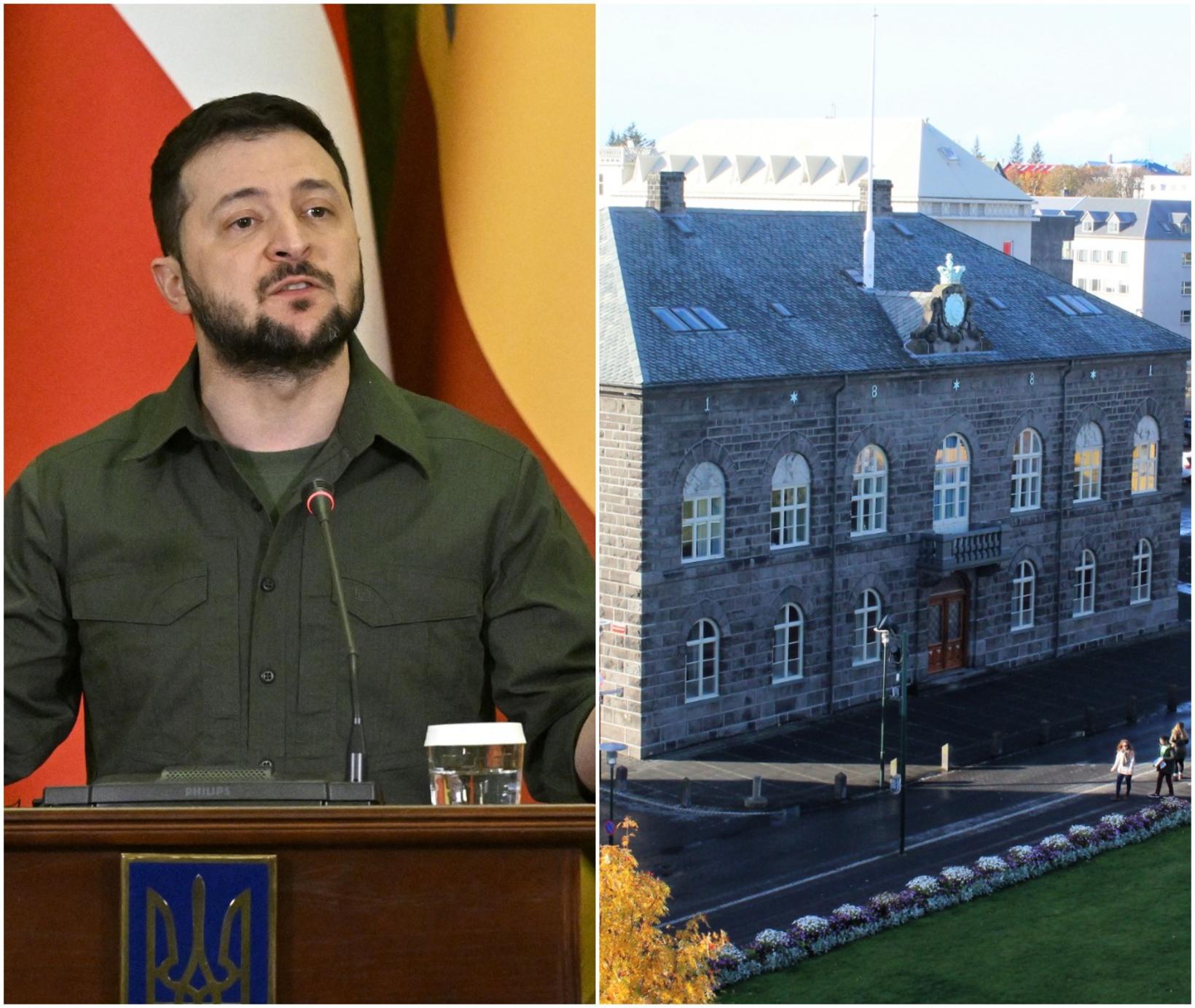 Tomorrow, Friday the 6th of May the president of Ukraine, Volodymyr Zelensky, will give a remote address to the Icelandic parliament. This is the first time anyone outside of Iceland has been offered to address the parliament directly.

It will be possible to see Zelensky's speech at 14:00 PM Icelandic time on National television , on the parliament's website and here on mbl.is . 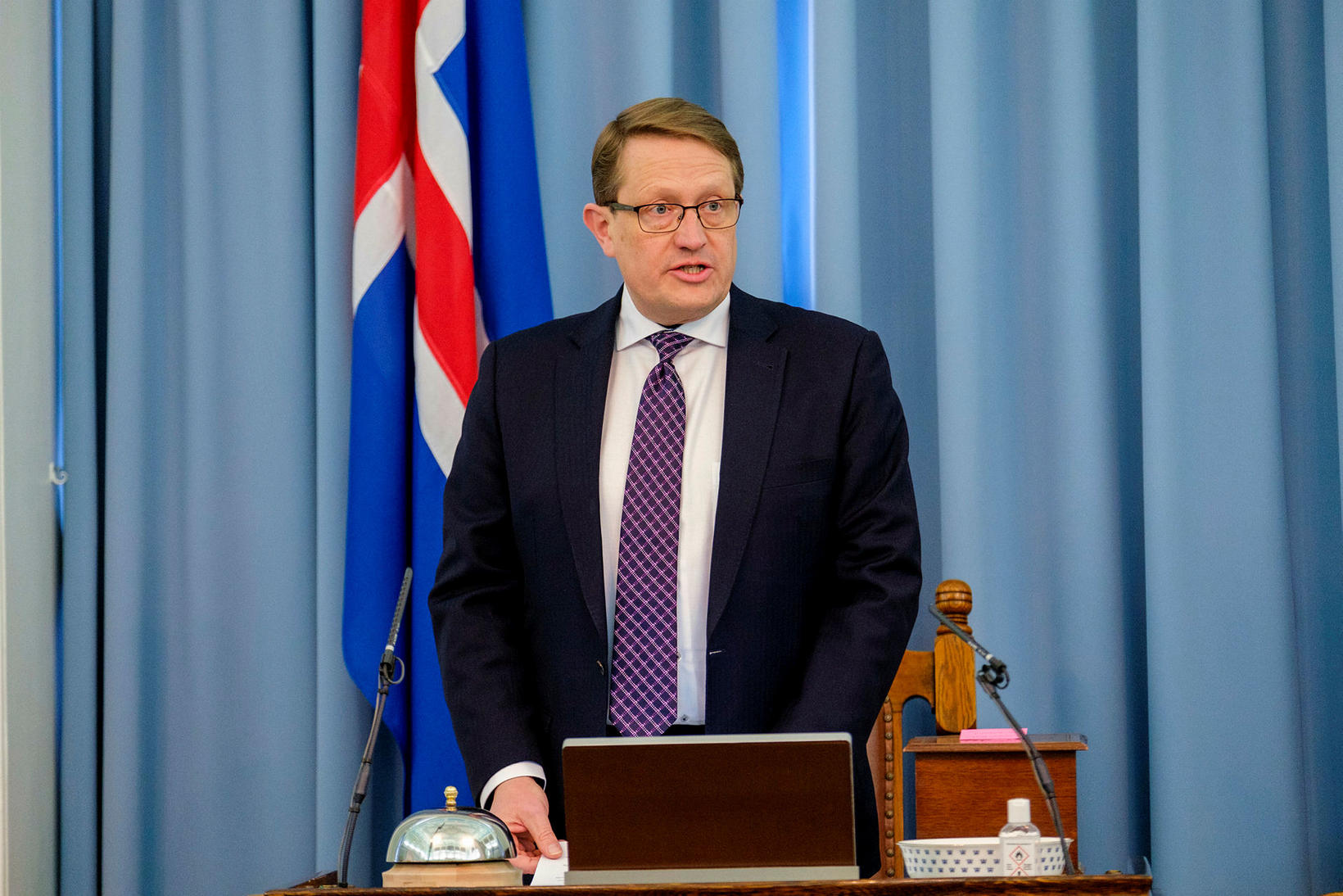 Birgir Ármannsson, the Speaker of the parliament, will be in charge of the event tomorrow. mbl.is/Kristinn Magnússon

"Zelensky's address is an extraordinary event because this is the first time a foreign head of state gives a speech in the Icelandic parliament. Birgir Ármannsson, the speaker of the parliament, will be organizing the event in the parliament hall.  Guðni Th. Jóhannesson the president of Iceland will say a few words on behalf of the Icelandic nation before Zelensky will address the parliament via videolink. Katrín Jakobsdóttir the Icelandic prime minister will talk to Zelensky after his address. 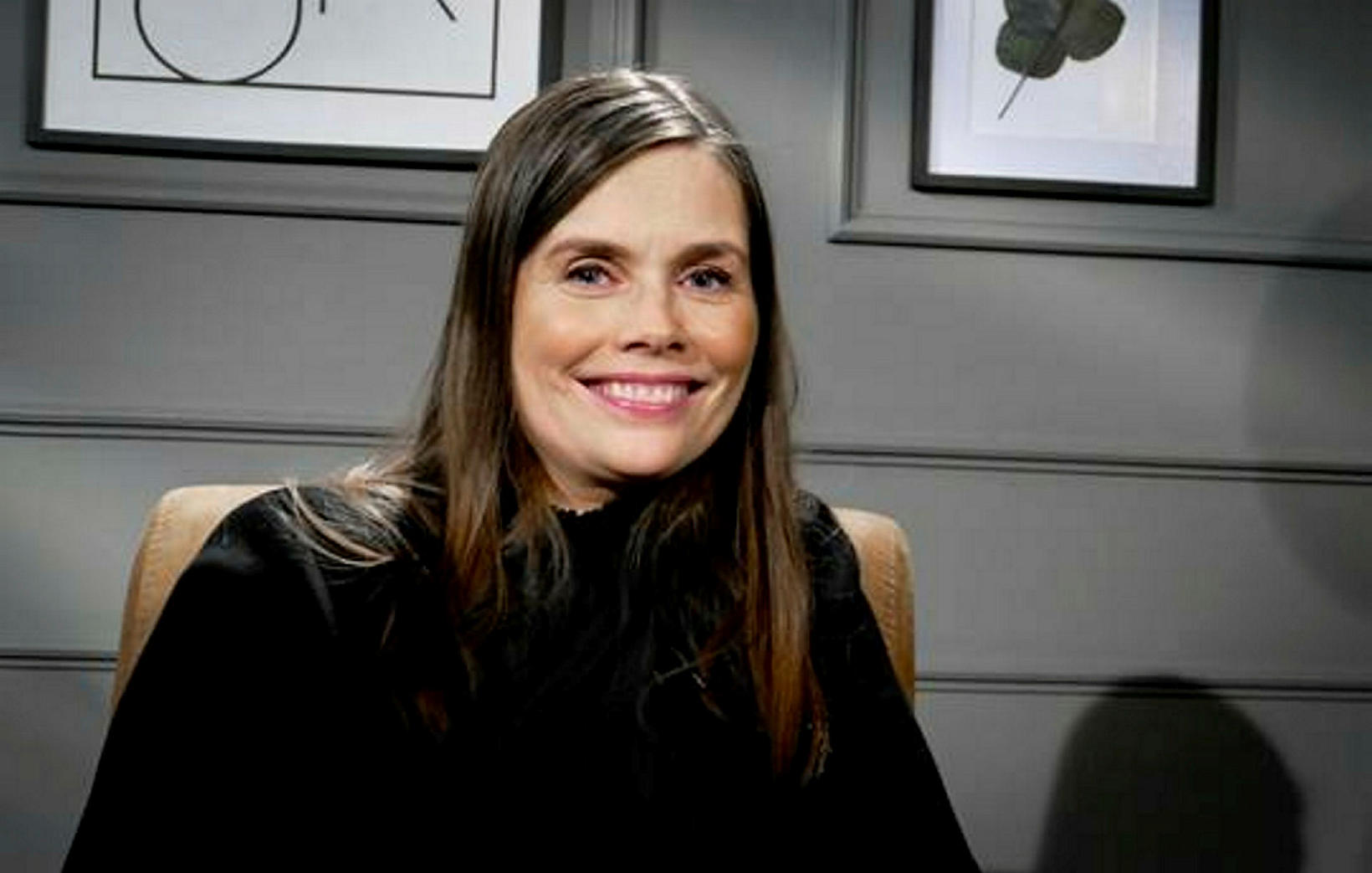 The prime minister of Iceland,Katrín Jakobsdóttir, will address Zelensky at the end of the event tomorrow. mbl.is

Full support from the outset

"Iceland has from the outset condemned the unprovoked Russian invasion into Ukraine and has publicly announced strong support for the Ukranian nation and their government. Iceland is fully participating in the global sanctions against Russia and supports the humanitarian efforts of the United Nations and other governing bodies in Europe and they have welcomed Ukrainian refugees to the country. Furthermore, Iceland has helped facilitate the transport of equipment in support of Ukrainian defense. Iceland will continue to find ways to support Ukraine to the best of their abilities," is written in an announcement from the Icelandic Parliament.

Zelensky has addressed a number of parliaments

The event tomorrow will be conducted in English. Zelensky's address will be translated into Icelandic in real time but other than that the meeting will be in English.

Zelensky has addressed a number of parliaments since the Russian army invaded his country on February 24th this year. He has been trying to get more support for Ukraine because of the war, and  he has called for added sanctions against the Russians.

He has addressed the parliaments of the other Scandinavian countries as well as the British parliament and the US Congress in these three months as well as the United Nations Security Council and the European Parliament.  He also gave a speech at the Grammy's a month ago.