Voter turnout in Saturday’s parliamentary elections in Iceland was the second lowest in history, or 80.1 percent, Morgunblaðið reports. The only time it has been lower was in 2016, when it was 79.2 percent. By comparison, it was 81.2 percent in 2017. 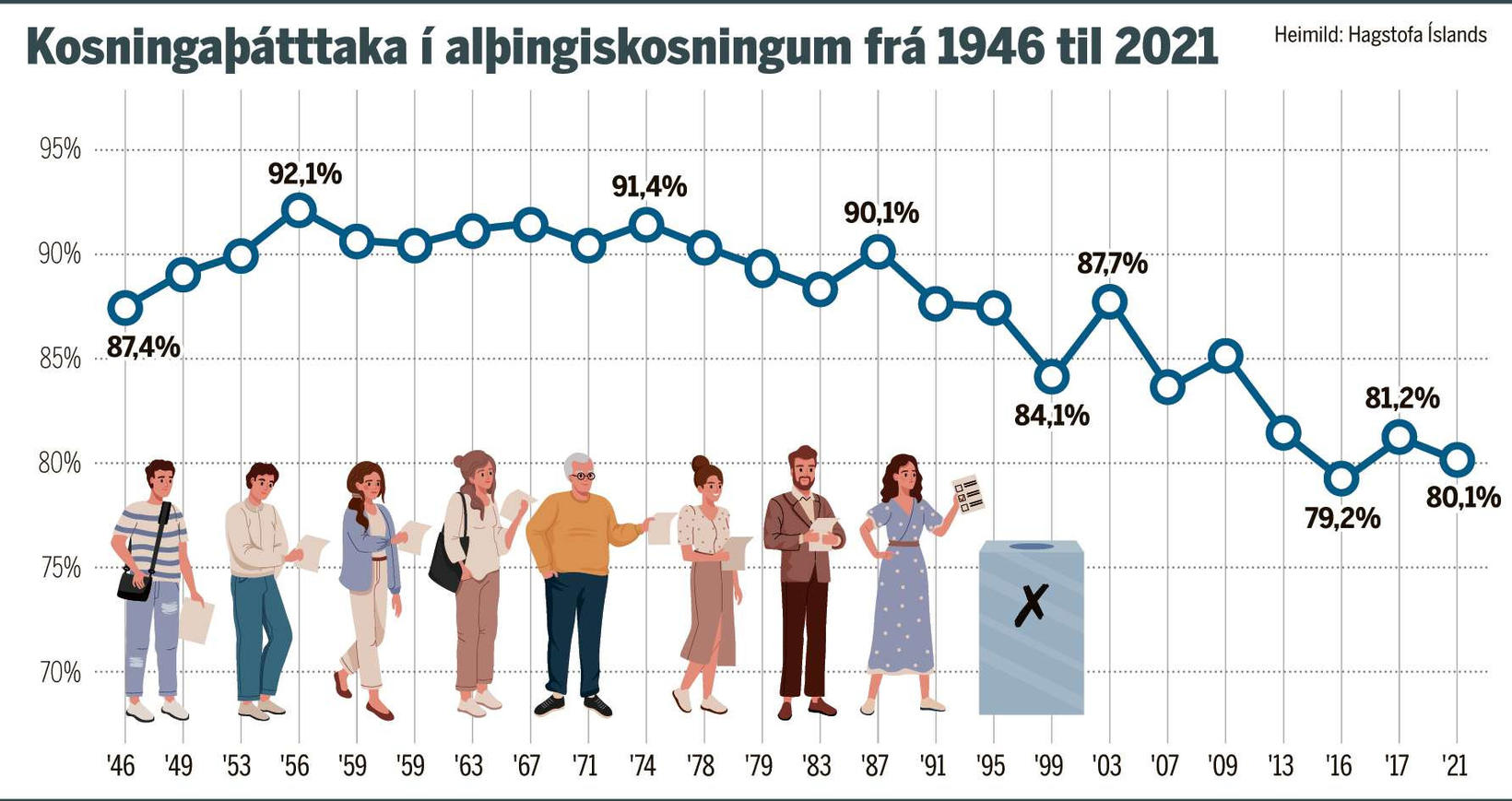 
“We’ve been around 80 percent a few elections in a row,” states Eva Heiða Önnudóttir, associate professor of political science at the University of Iceland, “but looking at the long term, voter participation has gradually been decreasing. For a long time, it was around 90 percent. Hopefully, it will not continue to decrease.” The last time voter turnout exceeded 90 percent was in 1987, when it was 90.1 percent.

“By international standards, we have a comparatively high participation, but it is high as well in most of the Nordic countries,” Eva explains. “Internationally, though, voter participation has been going down in general.”

That is not easily explained, but Eva states that research has revealed it is not due to a decreasing interest in politics. Rather, the younger generations don’t make decisions the same way as older ones.

“The younger generation has less of a connection to political parties,” Eva states. “It does not have as much party loyalty as younger generations in the past.” One explanation may be that young people begin participating in politics later than before.

“Young people have always been less likely to vote,” she adds, “but they used to enter [the voting process] around the age of 25. Research in Iceland and Finland shows that this young generation does not enter the same way as before.”

“One explanation, too, is a delay in maturity,” Eva states. “The fact that young people live longer in their parents’ houses than before, continue their studies for longer and enter the labor market later. As a result, it takes them longer to become participants in society,” she concludes.