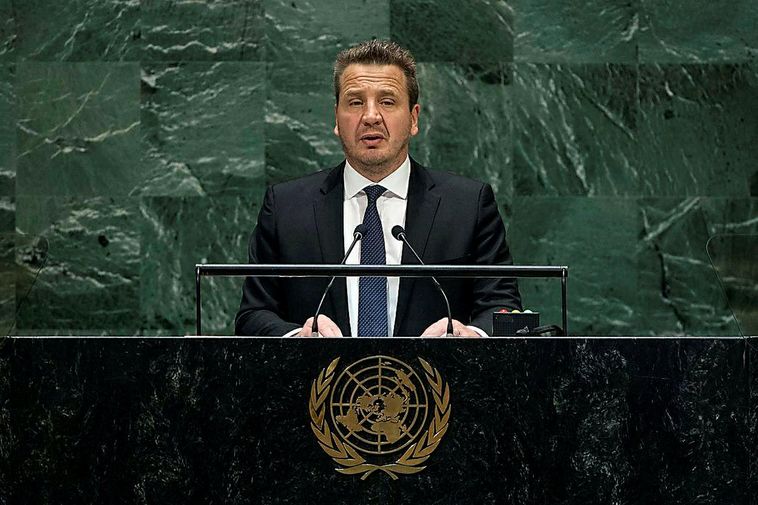 An Icelandic lawyer, Jónas Haraldsson, who has written articles critical of China in Morgunblaðið, was summoned to the Ministry for Foreign Affairs in Reykjavík yesterday, where he was told he had been blacklisted by Chinese authorities, mbl.is reports. Jónas is the only Icelander to be blacklisted in China.

“We were very surprised that this should be directed toward and Icelandic citizen who was simply exercising his constitutional right of freedom of speech,” Minister for Foreign Affairs Guðlaugur Þór Þórðarson tells mbl.is. “It is unacceptable for him to be treated this way.”

Being blacklisted in China involves being prohibited from visiting the country, and should you have any assets in China, they are thereby frozen.

The decision to blacklist Jónas was announced to Gunnar Snorri Gunnarsson, Iceland’s ambassador to China, yesterday.

Sveinn H. Guðmarsson, the Foreign Ministry’s media representative, states that Icelandic authorities have criticized the decision: Iceland’s ambassador in Beijing voiced his disapproval to a representative of the Ministry for Foreign Affairs in China when told of the decision, and the decision was protested by Icelandic authorities when China’s ambassador to Iceland attended a meeting at the Ministry for Foreign Affairs in Reykjavík.

“It was pointed out to them, too, that in Iceland, freedom of speech is guaranteed,” Sveinn explains. “This individual is in no way responsible for governmental acts, to which Chinese authorities might be opposed.”

Iceland is among numerous Western countries, which have imposed sanctions on officials in China, due to human rights abuses against the mostly Muslim Uighur minority group. The sanctions were announced March 22 as a coordinated effort by the European Union, UK, US and Canada, the BBC reports. Guðlaugur confirms that the plan is for Iceland to take part in those sanctions.

China has detained Uighurs at camps in Xinjiang, where allegations of torture, forced labor and sexual abuse have emerged, while China dubs the camps ‘reeducation facilities.’

In response to the sanctions, China has imposed sanctions against European officials. Blacklisting Jónas is seen as part of that policy.

Mike Pompeo on his way to Iceland