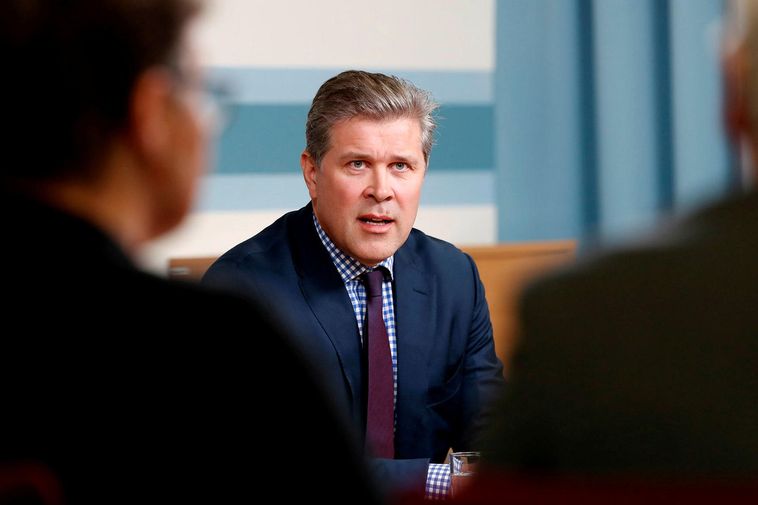 “I don’t think this will jeopardize the coalition. I have no reason to think so,” Minister of Finance Bjarni Benediktsson tells Morgunblaðið. What he’s referring to is his visit to the art gallery Ásmundarsalur in the evening of December 23, where between 40 and 50 people gathered, thereby violating the ban on public gatherings.

The Reykjavík Police reported the next day that it had put an end to a gathering in downtown Reykjavík, due to a violation of the ban, and that among the guests had been a government minister. Shortly thereafter, news media reported that the minister present at the party was Bjarni Benediktsson.

Bjarni subsequently apologized, as did the gallery owners. On Christmas Day, Bjarni told mbl.is he was not considering resigning.

Prime Minister Katrín Jakobsdóttir had this to say: “I spoke with the minister and told him how much this incident disappointed me. As has been reported, he should have been aware of the circumstances and should have left the premises, as he indeed stated himself and has apologized for.”

“There are higher expectations toward us, leaders, than toward others. All of us should be aware of that,” Katrín adds. She does, however, not believe that this will necessarily have any repercussions, although it has upset many people.

“This kind of incident makes many people angry and disappointed,” she states, “That’s why I have said that it could damage the trust between the parties and make the cooperation [in the government] more difficult, which, of course, I worry about. The government has been united, tackling the complicated tasks we face, and we have made great progress. That’s why I find it important for us to resolve this issue.”