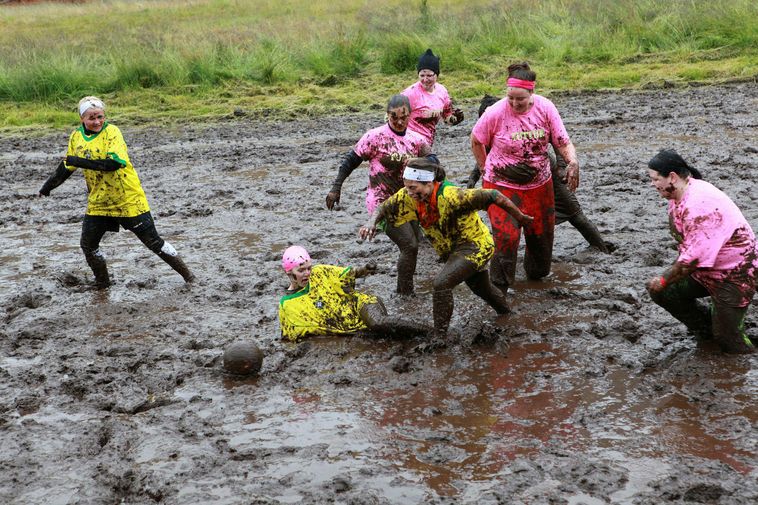 A spirited game of bog-football at a summer festival in the town of Ísafjörður. The festivals would come in all shapes and sizes but have now been cancelled due to Covid-19. halldór Sveinbjörnsson
Ásgeir Ingvarsson
ai@mbl.is

With current guidelines banning gatherings of more than 500, and with most large summer festivals cancelled, authorities in Iceland worry that groups of people will coordinate their own improvised festivals using social media and text messages.

Many had looked forward to Iceland’s big summer festival weekend in early August when thousands of revellers would usually gather in places like the island of Vestmannaeyjar to enjoy outdoor concerts, bonfires and all sorts of entertainment.

Even though the festival in Vestmannaeyjar has been cancelled a high number of hotel, flight and Airbnb reservations indicates that many still intend to visit the island on the first weekend of August. A spontaneous festival of sorts might materialize either there or elsewhere in Iceland with far more than 500 people in attendance.

Not only would there be a heightened risk of Covid-19 spreading among festivalgoers at these spontaneous events but they would also lack the facilities and safety measures that are required at regular summer festivals. “To have something like this happen would not be good at all. What facilities would there be, who would be in charge of security and how would people go to the toilet?” said Jóhannes Ólafsson chief superintendent of the police in Vestmannaeyjar in an interview with Mbl.is.

Rögnvaldur Ólafsson deputy chief of the Department of Civil Protection warns that at very large events contact tracing can become almost impossible. “That is why we ask the public to gather in smaller groups instead, with friends or family. In the case of larger events it can be very hard for us to track down those who may have been exposed to [someone with an active infection] and the virus can quickly spread far and wide,” he said, urging members of the public to not be tempted by spontaneous gatherings.