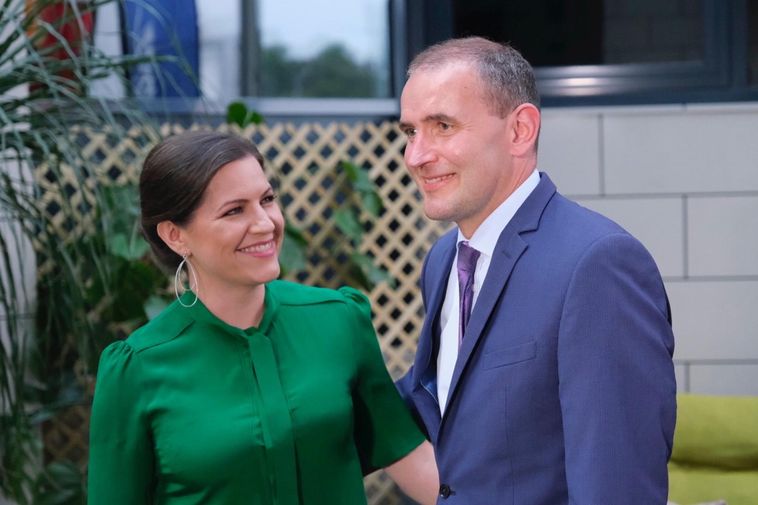 Guðni Th. Jóhannesson was reelected president of Iceland Saturday with an overwhelming majority of the vote, Morgunblaðið reports. He received 92.2 percent of the vote, not counting blank or invalid ballots, while his opponent, Guðmundur Franklín Jónsson, received 7.8 percent. Invalid ballots counted for 0.6 percent, and 2.4 percent of the ballots were blank. Counting those in, the support for Guðni was 89.4 percent and that for Guðmundur Franklín 7.5 percent. Voter participation in the election was 66.9 percent.

Only once has an Icelandic president received more support, that is, when Vigdís Finnbogadóttir was reelected in 1988 with nearly 95 percent of valid votes (92.7 percent of the total vote).

Guðni tells Morgunblaðið he is grateful for the support. Besides, he states he is pleasantly surprised by the high voter participation, given the result of polls before the election and due to the pandemic.

“It is clear,” he adds, “that Icelanders do not want their president to be involved in politics. That would not be in accordance with constitutional practice or the public’s idea of the position of the president, who is meant to encourage unity and solidarity in good times and bad.”

“I’d like to congratulate the president on this landslide victory,” stated Prime Minister Katrín Jakobsdóttir. “The overwhelming majority of Icelanders are pleased with the work of Guðni and  [First Lady] Eliza [Reid] and the way they have handled matters during his term.”