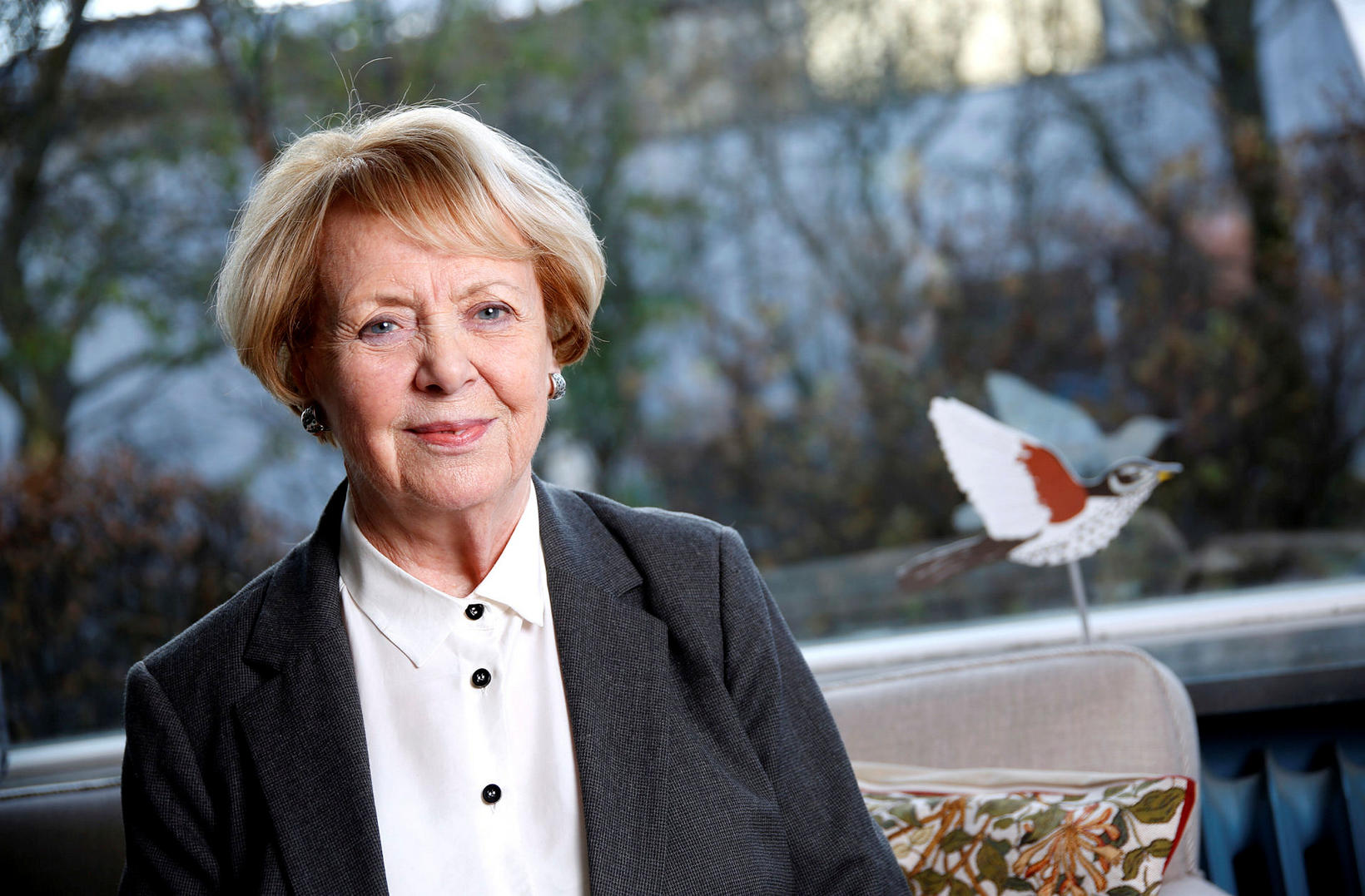 Today is the 90 th birthday of Vigdís Finnbogadóttir, former president of Iceland, Morgunblaðið reports. Incidentally, this summer marks the 40 th anniversary of her being elected president of Iceland – the world’s first democratically elected female head of state – a position she served for 16 years. She has been a symbol of unity, a pioneer and a role model, and a representative for Iceland the world over.

Vigdís was bornin Reykjavík on April 15, 1930. After graduating from junior college, she went to France to pursue studies in French and French literature at the University of Grenoble and at Sorbonne University.

After returning from France, she taught French at Reykjavík Junior College and at Hamrahlíð Junior College. She co-founded a theater group and translated some French plays. 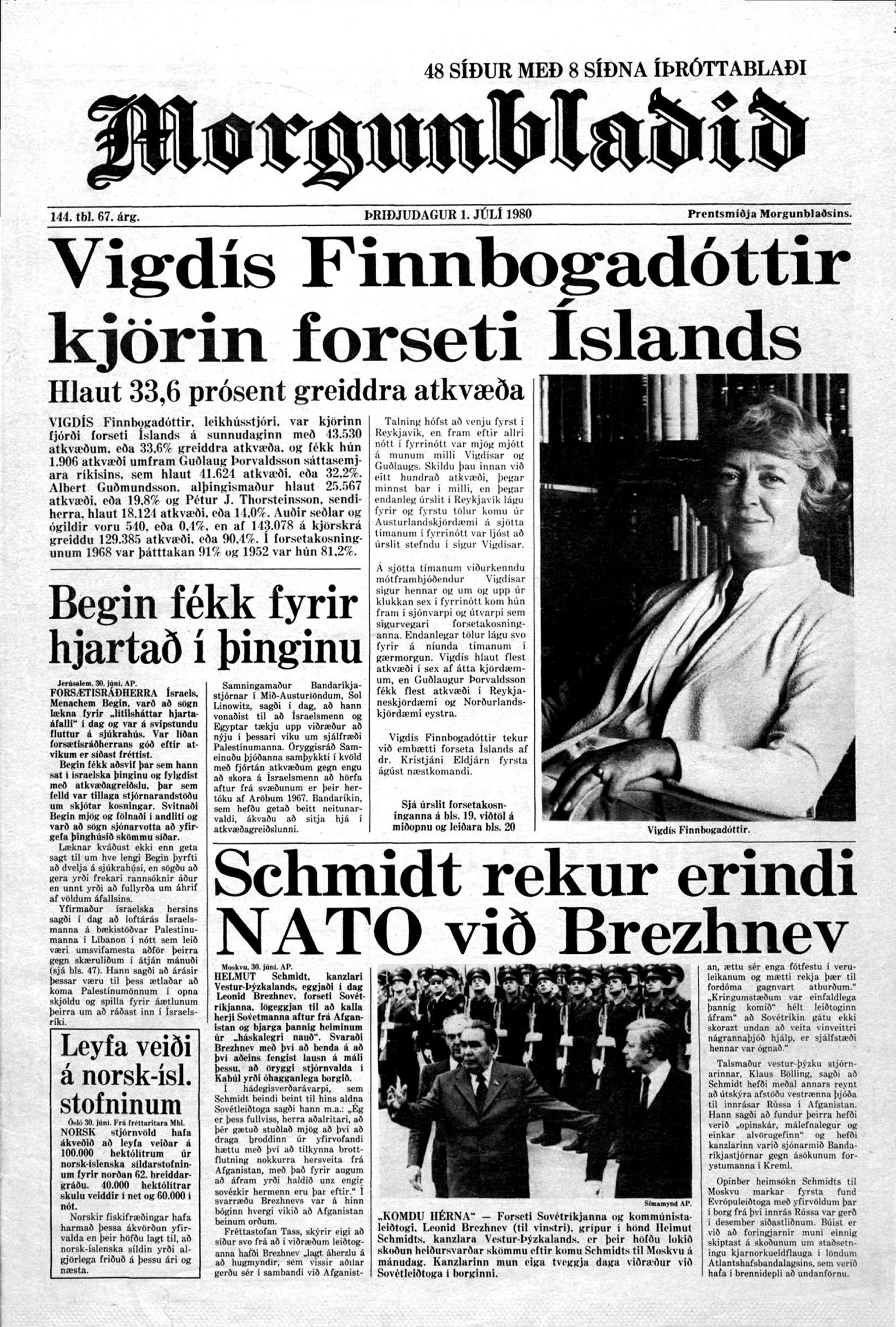 The front page of Morgunblaðið, announcing that Vigdís has been elected president.

In the 70s, she taught French on the Icelandic National Broadcasting TV Station RÚV and was subsequently appointed director of the Reykjavík City Theatre.

On October 24, 1975 – a day that became known as the Women’s Day Off- Icelandic women went on strike for a day to bring attention to their essential role in society. When then president Kristján Eldjárn anounced on New Year’s Day, 1980, that he did not intend to seek reelection, the search for a female candidate began. Vigdís was subsequently encouraged to run. That she did and ended up winning the election with 33.8 percent of the vote. She served as president for 16 years, or until she decided in 1996 not to run for reelection.

Since she left her position as president, she has focused on fighting for democracy, equality and human rights, and her interest in foreign languages has never diminished. Shortly after the turn of the century, the Vigdís Finnbogadóttir Institute of Foreign Languages was founded, and in 2017, the institute’s building, Veröld – House of Vigdís, formally opened.