Some Restriction to be Lifted May 4 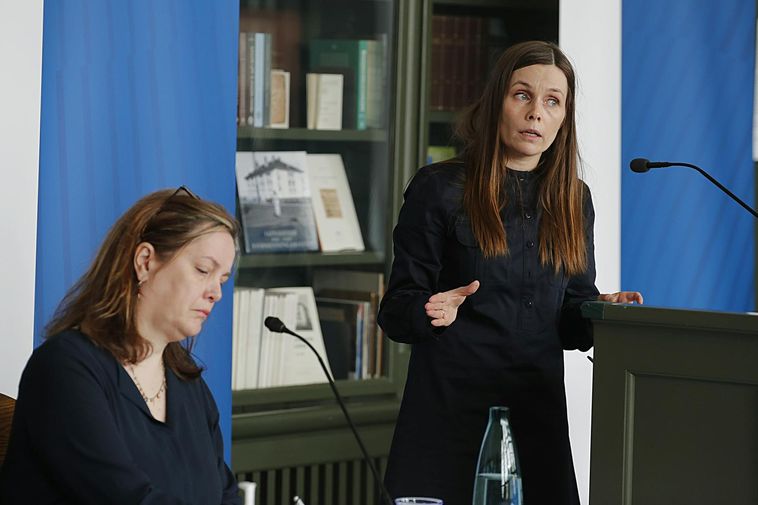 At a press conference this afternoon, Minister of Health Svandís Svavarsdóttir announced the next steps to be taken in Iceland toward lifting restrictions on public gatherings. This will be done in phases, she explained, and each phase is expected to last three to four weeks.

Current restrictions, banning public gatherings of more than 20 people, will remain in effect through May 3. On May 4, the following changes will go into effect:

Public gatherings will be limited to 50 individuals.

At all public gatherings, people will be required to keep a distance of two meters.

Preschools and grade schools will operate as usual.

Secondary schools and universities will not be allowed to have more than 50 people in a room.

Various services, such as barber shops, hair salons, massage centers, physical therapy services, beauty salons, museums, and more, will be able to operate again. A two-meter distance between customers must be ensured.

Healthcare: All health care, except for elective surgery, will provided. This includes dental services.

Organized sports for preschool and grade-school-aged children will be permitted outdoors, with the following restrictions:

No more than 50 individuals in a group.

A two-meter distance should be kept between people, when possible.

Other sports activities will be allowed outdoors with the following restrictions:

No more than four people will be allowed to practice together.

A distance of two meters must be kept between individuals.

As before, large stores will be able to receive no more than 100 customers at a time.

At the press conference, Prime Minister Katrín Jakobsdóttir stated that the plan is for antibody tests to be available in Iceland later this month. Research would then be done on how widespread the antibody against the novel coronavirus is in Icelandic society.

Justice Minister Áslaug Arna Sigurbjörnsdóttir noted that Iceland would follow the recommendation of the European Commission to prolong the restriction on non-essential travel to the Schengen area until May 15, in an effort to fight the spread of the novel coronavirus.