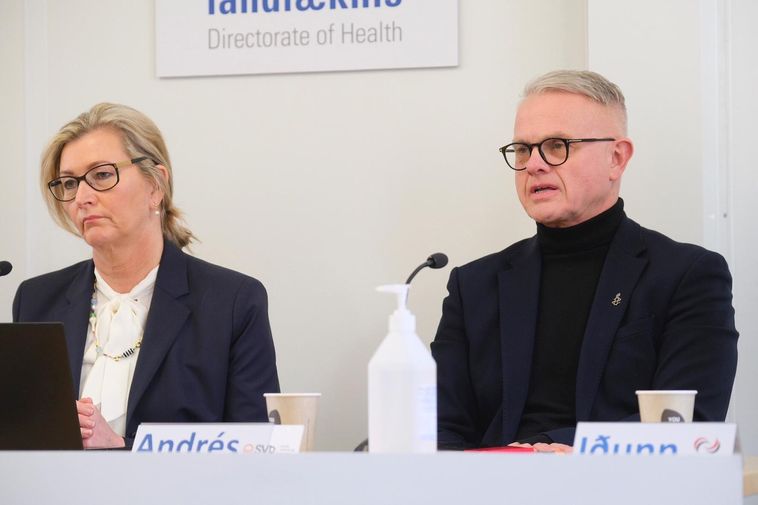 At a press conference this afternoon, health officials stated that the total number of confirmed COVID-19 cases in Iceland is now 128. All of the infected individuals are Icelandic. Most of the cases include people who recently arrived from ski areas in the Alps, but there are also people who arrived infected from Switzerland, Denmark, London, and the US. Thirty cases have been transmitted nationally, and there are three cases health officials have been unable to trace. There are about 1,200 people in quarantine.

A total of 1,230 samples have been analyzed, representing 0.3 percent of the nation.

Director of Health Alma Möller stressed that there is a sufficient amount of prescription drugs in stock in the country. She warned physicians against prescribing drugs unnecessarily to ensure a continued supply for those in need.

CEO of the Federation of Trade and Services Andrés Magnússon stressed that there is no reason at all for people to hoard groceries, as many seem to have done in recent days. Grocery stores report lines this week as long as they tend to be just before Christmas.

Andrés stated that supply of food to the stores has not at all been negatively affected, neither from abroad nor from local suppliers. Drug stores, too, have reported more traffic than usual. Andrés stressed that there is no reason to purchase more medications than ususal.

Store owners are getting ready to comply with the impending ban on public gatherings, taking effect on Monday. No more than 100 people will be allowed inside each store at a time. There will be a head count of customers who enter and exit to make sure that the rules are being complied with.

Restaurants will be able to remain open, but they may have to reduce their number of seats in accordance with the ban. Numerous public events will be canceled, but the effect of the ban remains to be explained in detail.