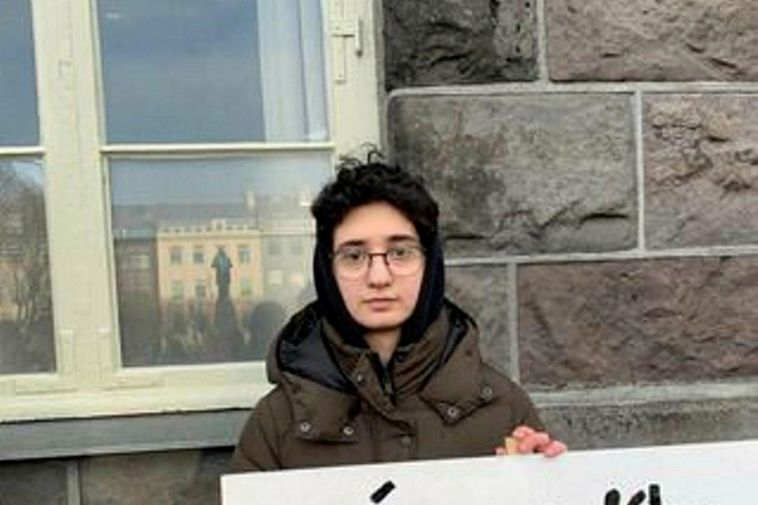 Maní, a 17-year-old trans boy from Iran, and his family will not be deported from Iceland today, as had been planned. The decision was made last night by the support department of the Icelandic National Police Commissioner, based on Maní’s mental health. He has been admitted to the child and psychiatric ward of Landspítali National University Hospital.

The plan had been to deport the family to Portugal, where they stayed for a week before coming to Iceland on March 5, 2019. Maní’s father has suffered persecution, torture and imprisonment in Iran, due to his beliefs, mbl.is reports.

According to the Facebook page of No Borders Iceland, the deportation was postponed after Maní’s doctor called the police and immigration to inform them that deportation was impossible while Maní was in this state.

His case was widely discussed in Iceland over the weekend, and his supporters gathered in front of the Ministry of Justice and the parliamentary building, Alþingishúsið, yesterday to protest his deportation. About 7,000 people in Iceland signed a petition in his support, asking authorities to review the case of his family.

According to Elínborg Harpa Önundardóttir, who works for No Borders Iceland, his case would have to be reviewed by the Directorate of Immigration if he stayed here another three weeks.

“Iceland is the first place I’ve been to where I have a true feeling of being safe,” Maní told mbl.is. “I meet people, who are unafraid to be themselves, and that’s when I felt safe enough to come out as a trans boy for the first time.”

Maní has made many good friends in Iceland. He is grateful for the support.

“If I go back to Iran, I will never be accepted by the community,” he states. “Going there would be dangerous for me and my family, because our lives are in danger in Iran and in Portugal as well. We aren’t safe anywhere but in Iceland.”