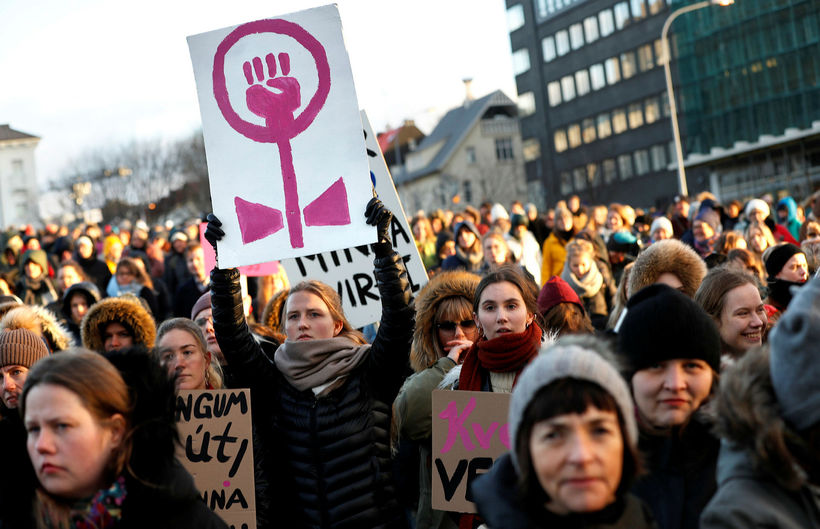 For the eleventh year in a row, Iceland is the top country in the world for gender parity. This is the result of the Global Gender Gap Report 2020, published for the fourteenth time by the World Economic Forum.

Ranking second is Norway, followed by Finland, Sweden and Nicaragua.

The report ranks 153 countries on their progress toward gender parity in four dimensions: economic participation and opportunity, educational attainment, health and survival and political empowerment. Besides, this year’s report examines gender gap prospects in the professions of the future. 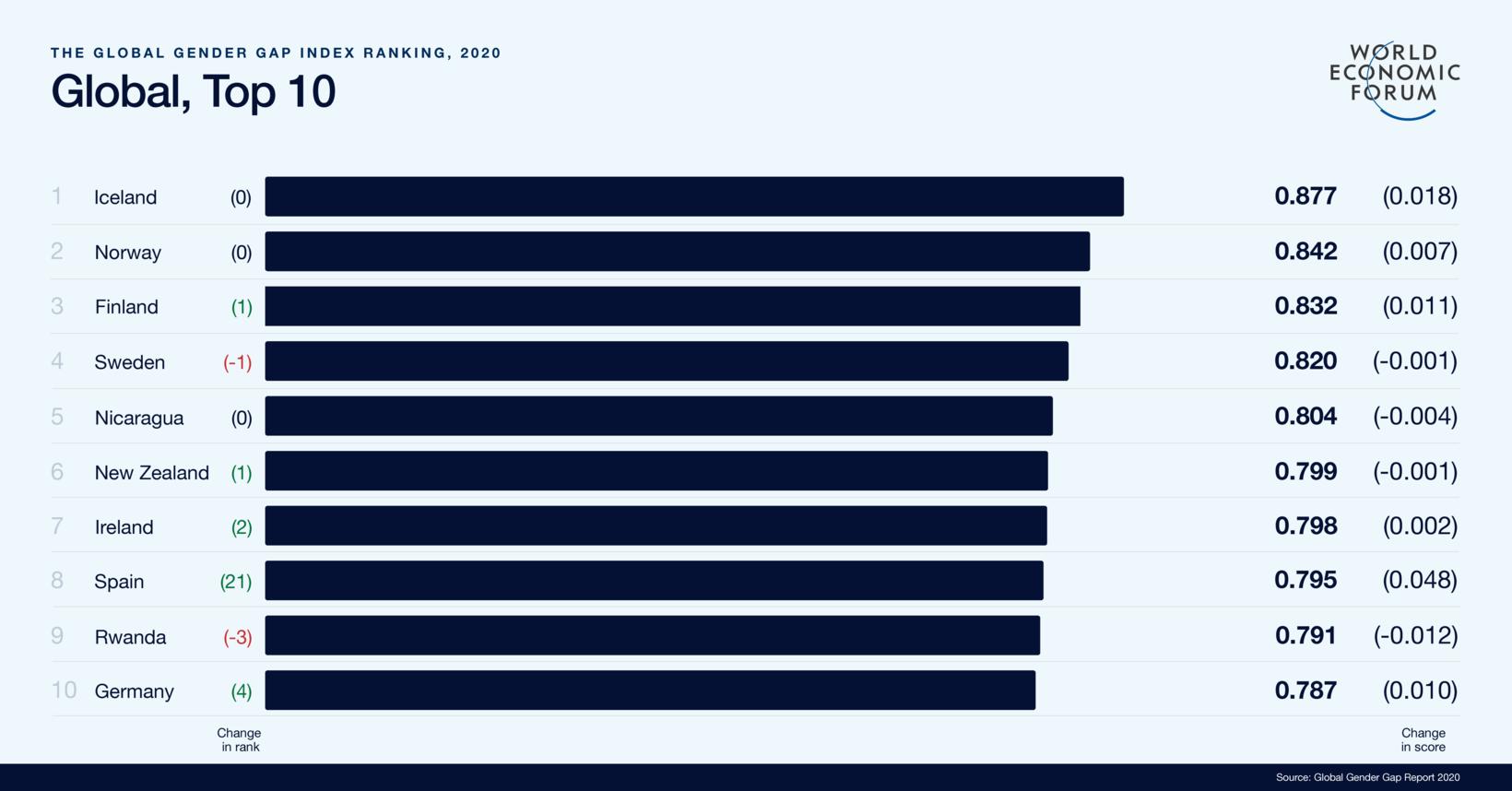 The top ten countries in terms of gender parity, according to the World Economic Forum. Table/Global Gender Gap Report

The report presents a mixed picture. Overall, gender parity has improved, partly due to greater political representation for women, although overall, the political arena remains the worst-performing dimension, with women holding only 25.2 percent of available positions in parliament globally. Closing the gender gap in political representation is estimated to take 95 years.

“At the other end of the scale, it is forecast to take just 12 years to attain gender parity in education, and in fact, overall, gender parity has been fully achieved in 40 of the 153 countries ranked,” the report states. By contrast, it will take 257 years to achieve gender parity in economic participation and opportunity worldwide.

According to the report, Iceland has attained 87.7 percent gender parity. The global average is 68.6 percent. The gender gap is the largest in Pakistan, Iraq and Yemen. The countries that improved the most from last year are Albania, Ethiopia, Mali, Mexico and Spain.

You can read the full report here .