Merkel Meets with PM at Þingvellir 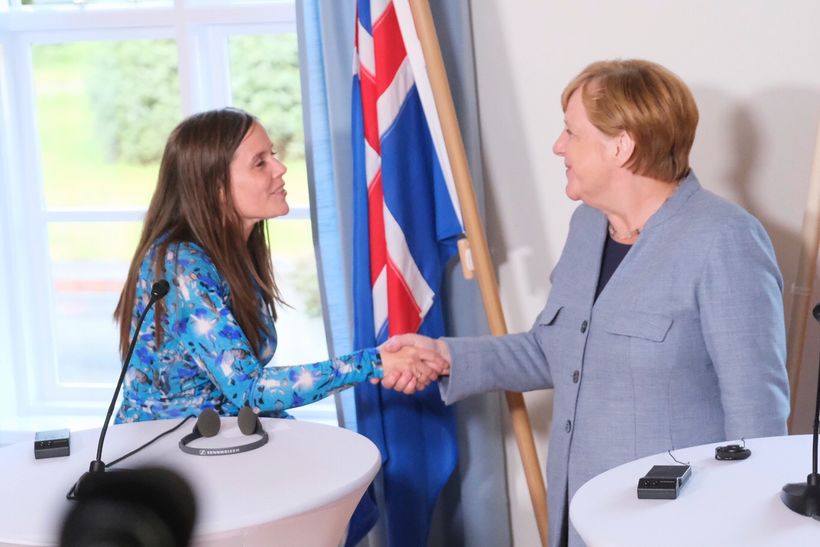 German Chancellor Angela Merkel arrived in Iceland yesterday. She is the guest of honor at an annual meeting of the leaders of Nordic countries, which formally begins today, where environmental issues will feature high on the agenda, mbl.is reports. 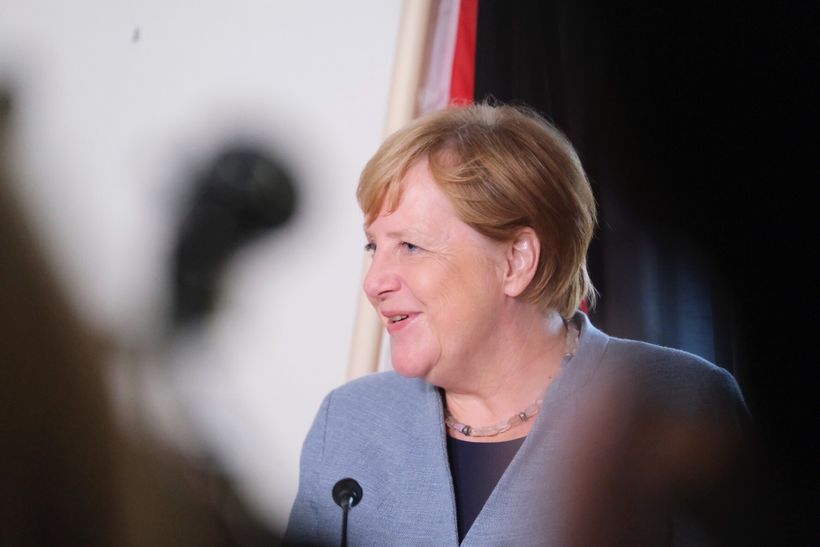 At the press conference. mbl.is/Kristinn Magnússon

Merkel was received last night by Prime Minister Katrín Jakobsdóttir at Þingvellir National Park – a place vital to Icelandic history, for this is where Icelanders established their parliament, Alþingi, in 930. Katrín gave her guest a guided tour of Almannagjá rift. From there, they walked to the prime minister’s cabin. 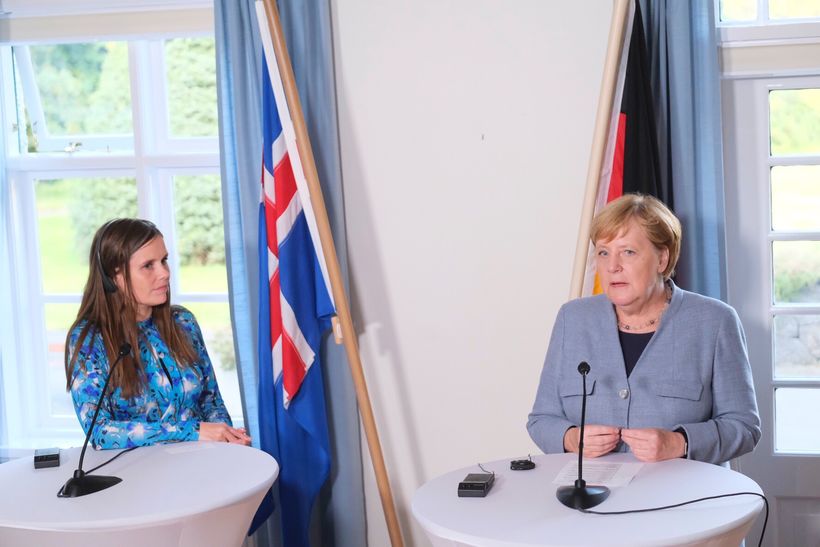 There, the two leaders held a press conference, where Merkel confessed it had always been her dream to visit Iceland. It is an honor, she stated, to get to know a female leader here, who is optimistic about the future. 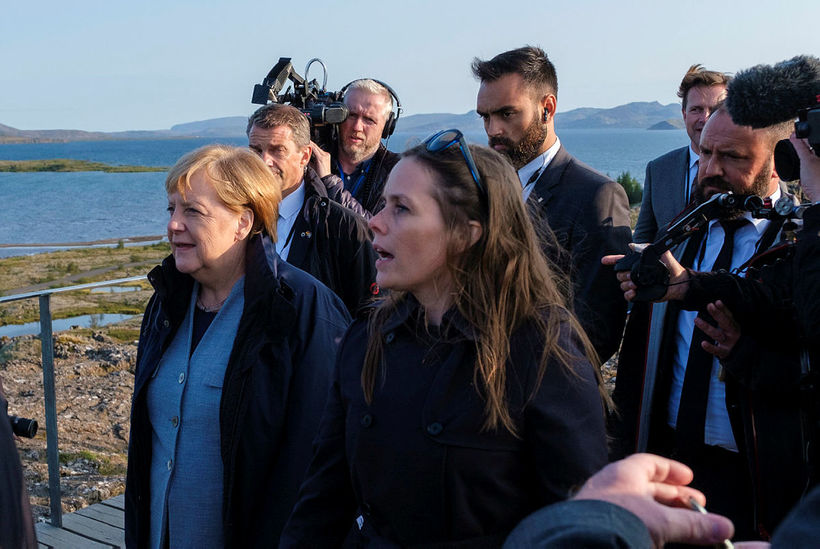 Merkel told the press that in 2010, the eruption of Eyjafjallajökull volcano had delayed her return home from a visit to the US. That, she noted, was as example of Iceland showing the world you must treat nature with respect and be humble toward it. 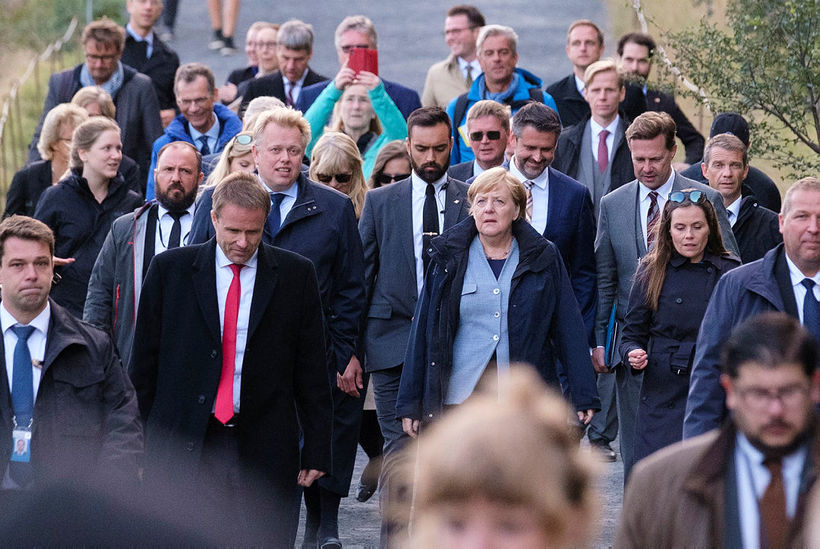 The leaders on their way to the press conference. Kristinn Magnússon 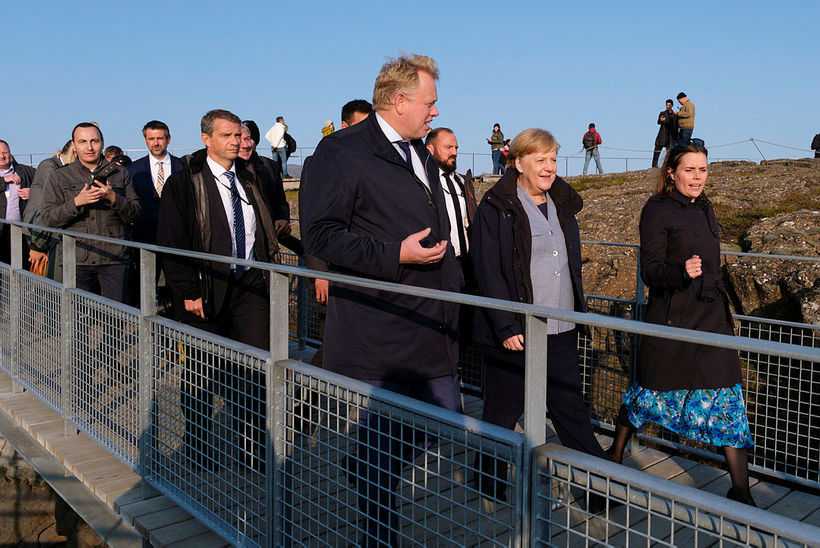 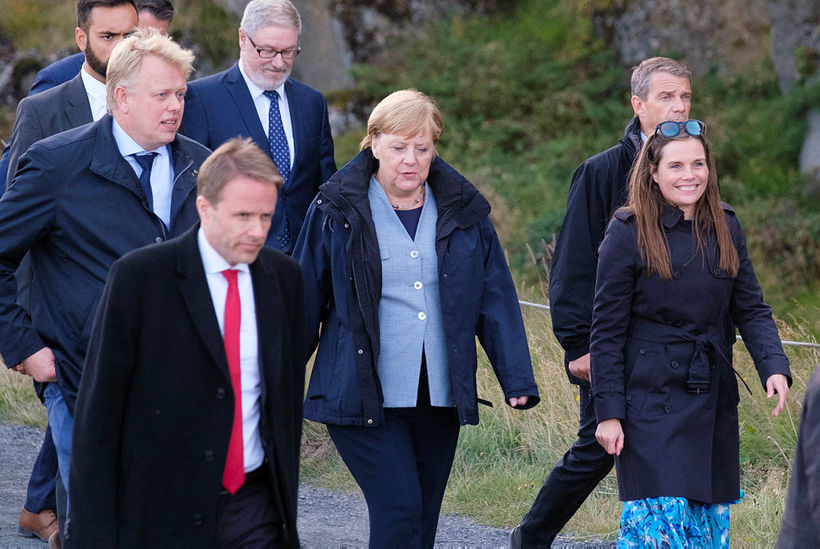 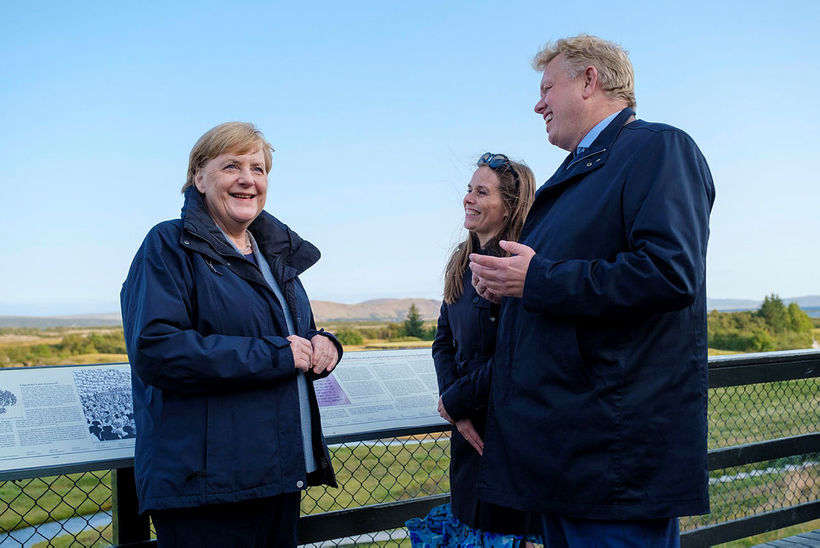