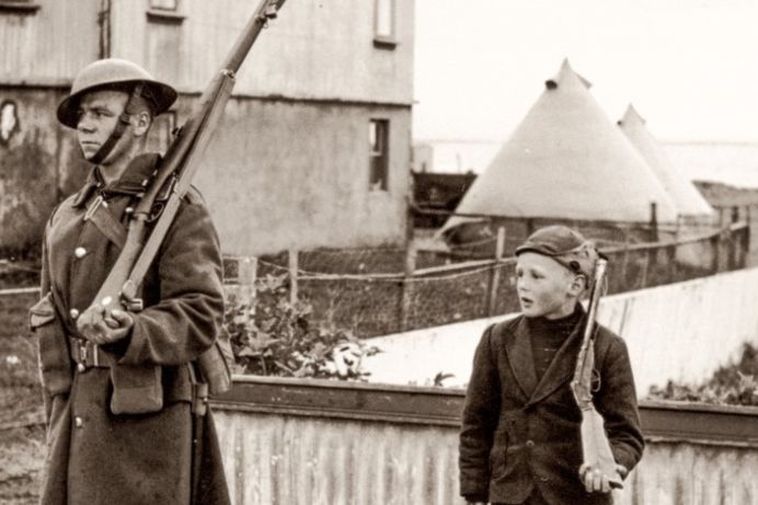 Part of the book cover of 'Iceland in World War II.' Book cover

Filled with black-and-white photos from the occupation of Iceland by British and American forces, the 125-page book describes the occupation and the effect it had on Icelandic society, both in social and economic terms.

It relates numerous tragedies of the war, such as the sinking of the HSM Hood and that of the passenger vessel Goðafoss. It describes the Arctic convoys and the great risks taken by those who participated in them.

The book also details the so-called Ástandið, or “Situation” - a term referring to Icelandic women fraternizing with American soldiers and subsequently becoming outcasts in Icelandic society - and the long-term effects for the children of such relationships. It also gives a detailed description of the soldier’s living quarters, which after the war were used as housing for the poor.

There are personal accounts of people who were severely affected by the war, and there are stories of Icelanders abroad, who chose to take on very different roles during those tragic times.

The immense economic impact of the war is described: the occupation gave employment a boost, and roads and airports were built, helping bring the country from poverty to prosperity, which is why the war was often referred to as “the blessed war.”

Finally, the book offers a list of war remnants in Iceland, which are surprisingly many.

The publisher is Sæmundur publishing firm.