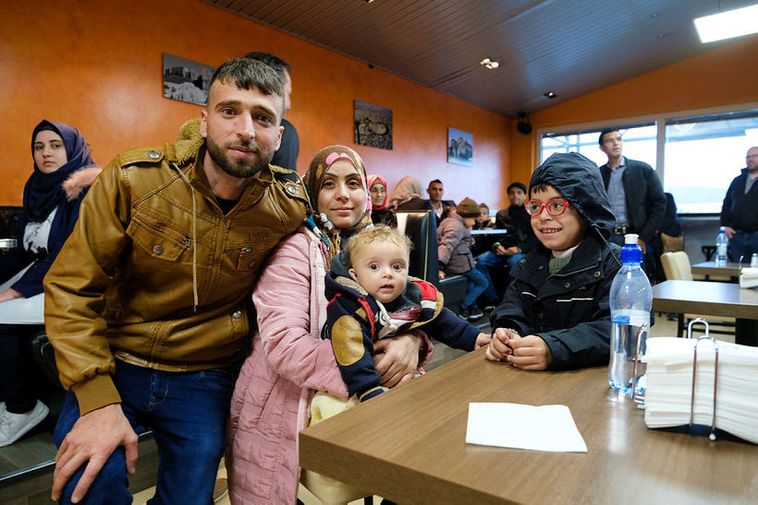 A group of 23 Syrian quota refugees, that is, refugees invited to Iceland by the State, arrived in the country yesterday, Morgunblaðið reports. These are young families - 13 children and ten adults. The people then traveled to Hvammstangi, Northwest Iceland, where they will settle.

According to Linda Rós Alfreðsdóttir, specialist in refugee issues for the Ministry of Social Affairs, the Syrian refugees have been staying in Lebanon in recent years, a country with an area of only a tenth of that of Iceland, where six million people reside, 20 percent of whom are refugees. Linda reports that refugee camps are not allowed in Lebanon, so the refugees oftentimes live in poor conditions, in rooms or sheds they rent, some of which have been put up on rooftops.

“These refugees come to us through the UN Refugee Agency,” Linda states. “We contract with municipalities and the Red Cross to receive the people. They are secured housing, basic utilities and such. The municipalities have done a good job, and it’s safe to say that this has gone well in Iceland.”

A delegation was sent from Iceland to Lebanon, where they familarized themselves with conditions and interviewed the families. The people were given a two-day course on Iceland and Icelandic society. Once the refugees arrive in Iceland, they receive lessons in Icelandic and learn about Icelandic society, before they can enter the labor market. Linda states that labor participation among quota refugees in Iceland has been good.

In recent years, most of the quota refugees have come from the Middle East, especially Syria. There have also been quota refugees from Iraq. The number of Arabic-speaking interpretors is up. Blönduós has hired a staff member who speaks Arabic, and an interpreter from Akureyri has provided guidance to numerous municipalities.

Later in the year, a group of about 25 people from Kenya is expected. They come here from Uganda. These are individuals who have faced persecution due to their sexual orientation. Linda notes that in Uganda, people can be jailed for life for being gay.