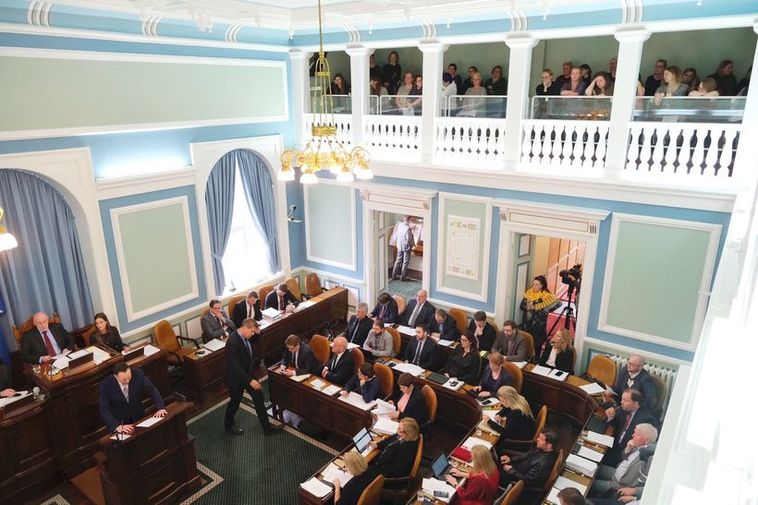 A much-debated abortion bill was passed in Alþingi, the Icelandic parliament, last night. It allows women to get an abortion through the 22nd week of pregnancy, regardless of the reason. Forty MPs voted for the passage of the bill, 18 against it, and three abstained.

Two of the ruling parties voted unanimously for the bill, that is, the Left-Green Movement and the Progressive Party, while the Independence Party split in its voting, with eight MPs opposing the bill and four supporting it.

Health Minister Svandís Svavarsdóttir stated that the change the new law brings is long overdue, regarding women’s safety and freedom, Frétttablaðið reports. “The road has been long, but today, we’re obtaining one of the world’s most progressive laws with regard to women’s right to self-determination.”

“With broad support in parliament, we’re showing our clear determination to remain at the forefront in the world when it comes to women’s rights,” she continued.

“This is a fundamental issue, which in my mind has to do with women’s self-determination, their right to be in charge of their own body and their own life,” Prime Minister Katrín Jakobsdóttir stated before casting her vote. “This bill is a step toward increasing the liberty of women in this country, and I whole-heartedly support it and would, myself, have supported having no time limit. But I consider this bill a certain compromise of attitudes, and I will support it because I consider it an immense progressive step toward individual liberty.”

Bryndís Haraldsdóttir, MP for the Independence Party, stated that an abortion during the 22nd week was something intended to give women a solution in exceptional cases and not an easy option to choose, Morgunblaðið reports.

A poll conducted for Fréttablaðið by Zenter research found that 50.6 percent of voters support allowing abortion through the 22nd week of pregnancy, while 34.3 percent oppose and 15.1 percent say they’re neither for nor against.  Support among women is 58 percent, and 44 percent among men. The strongest support is among young voters, but diminishes gradually with age. Among voters aged 65 and older, support is only 27 percent.

The poll was conducted online, May 10-13. Out of a sample group of 2,000, the response rate was 50 percent. Of those who participated, 90 percent expressed their opinion.