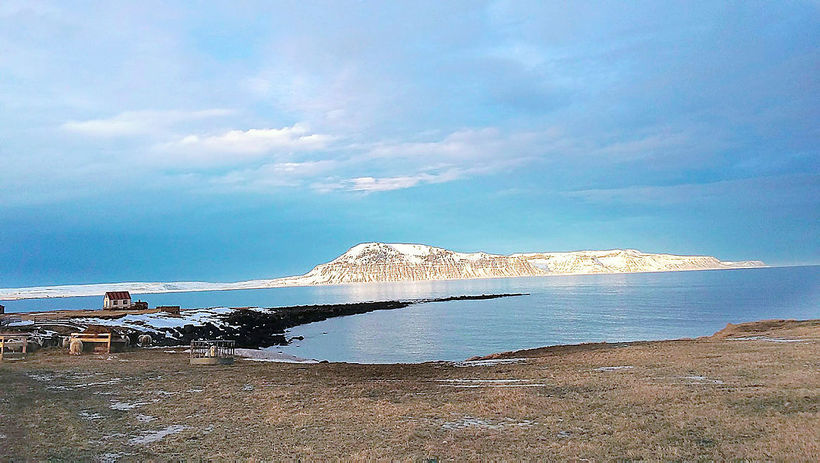 Icelandic Minister for the Environment Guðmundur Ingi Guðbrandsson, who in 2012 opposed the building of a container port in Finnafjörður fjord, Northeast Iceland, now declines to comment on the matter, Fréttablaðið reports. The likelihood of such a port becoming a reality increased greatly on April 11, when a cooperation agreement was signed beween Langanesbyggð municipality, Vopnafjarðarhreppur district, the German ports management company Bremenports (with a 66 percent stake) and the engineering company Efla.  At the same time, the development company FFPD was established to oversee the project.

The plan calls for an international container port and industrial area to be built, connecting Asia, the east coast of the United States and Europe, by servicing large ships that would use new Arctic shipping routes, which are opening up as a result of global warming.

Back in 2012, Guðmundur headed Landvernd, the Icelandic Environment Association. At the time, he signed Landvernd’s review of the project, in which the building of a container port in Finnafjörður is harshly criticized.

When asked by Fréttablaðið to comment on the project now, Guðmundur declined to do so. His assistant responded by saying that the minister of transport and local government reviewed the status of the matter with the government, but that the State does not participate in the project financially. The minister for the environment has nothing to add, the assistant stated.

The 2012 report criticizes the fact that part of an area included in the Nature Conservation Register is inside the project area. “Landvernd believes that industrial buildup in an area which is part of the Nature Conservation Register goes entirely against these goals and policy of the municipality of Langanesbyggð, not least in light of the vast and expansive operation planned,” the report states. “These areas are right next to a large, relatively untouched area. The value of such areas is increasing in a world that becomes increasingly crowded.”

Elías Pétursson, head of the Langanesbyggð municipal council, admits that the project will have a negative environmental impact, Fréttablaðið reports, but he states that the sociological impact for the area will be positive. “On the other hand,” he states, “it is clear that the project will have a very positive economical and sociological impact on the districts in the vicinity. For this reason, it is important that the communities be allowed to organize their areas of activity to increase the number of jobs in the area and build a strong economy.”

The current CEO of Landvernd, Auður Önnu Magnúsdóttir, tells RÚV that building a container port in Finnafjörður would have a vast and irreversible environmental effect. The greatest risk would involve potential oil spills and inability to react to them. She states the effect on bird life, landscape, tourism, flora and fauna will be irreversible.

“We don’t know what we’re getting into,” she warns. “ There is a very risky seaway, for which Icelandic nature will be sacrificed, and we must be careful.”

The area for the potential project is 1,300 hectares (3,200 acres). It will include a large amount of landfills.