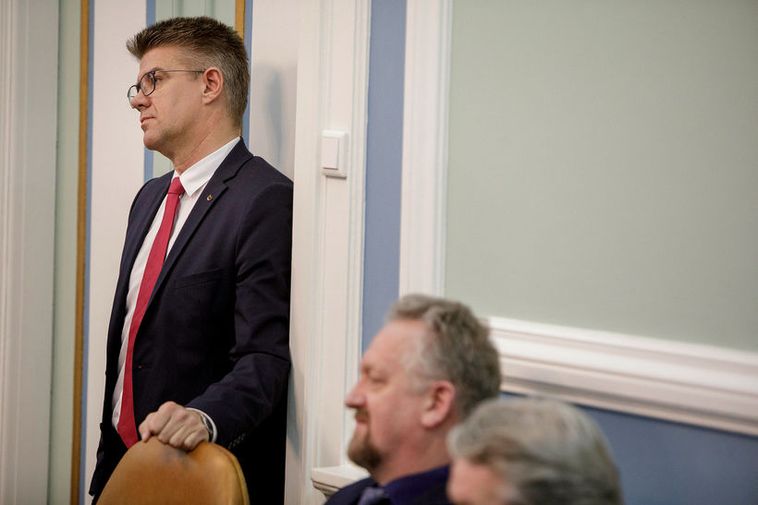 Centre party MP Gunnar Bragi Sveinsson sent a statement to press last night where he says that he showed a great lack of judgment at the Klaustur bar last week, in a conversation that was recorded and made public.

He furthermore states that the matter has been a great shock to him and it will take time for him to work it out with his family and friends. "I am sorry that I hurt my associates and I take responsibility for my actions. I want to say that we humans make mistakes and it is easier to judge than forgive," and then quotes from the Bible saying “He that is without sin among you, let him cast the first stone."

UN Women sent out a declaration yesterday condemning Sveinsson's misogynous comments saying that he hurt the good work they had done in the He for She campaign, a campaign that Sveinsson fronted. Sveinsson wrote an article in The Guardian about the campaign at the time.

Sveinsson concludes the statement by apologizing for his behaviour and says that he will be taking leave from duties at parliament.