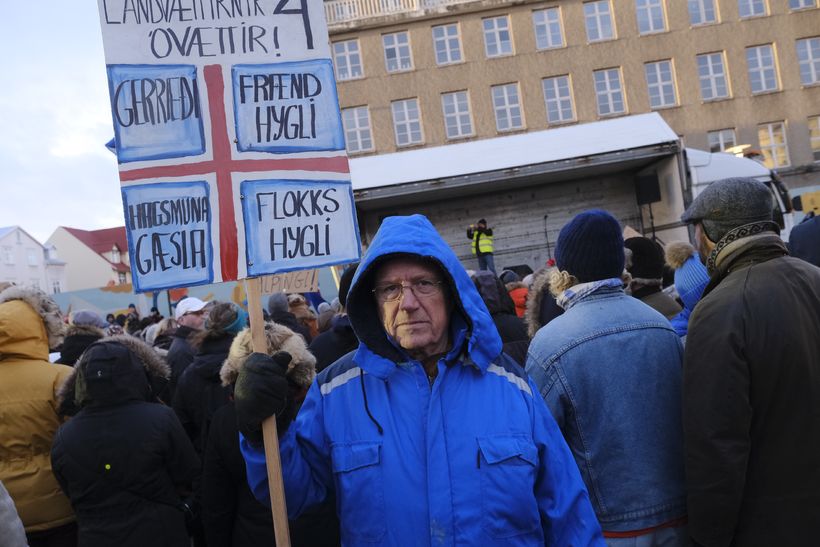 Protesters outside the house of parliament. mbl.is/Kristinn Magnússon

"I don't want shitheads at parliament," said one protestor speaking to mbl.is at a crowded but peaceful protest at Austurvöllur parliament square this afternoon in the bitter cold. Protestor demanded resignation from the MP's whose bar conversation was secretly recorded and leaked to the press. The three hour long conversation contained insults towards multiple female MP's, homophobic slurs and making fun of a disabled deputy MP.

The protest was organised "to condemn the overwhelming prejudice and misanthropy shown by six MP's in a meeting at Klaustur bar in Templarasund," says an announcement from the organisers. "The Icelandic public will not sit by at such hate speech by MP's about their felllow MP's or coworkers."

Among the protestors was famous Icelandic musician Bubbi Morthens. "I am protesting here for my daughters, my wife, myself, gay people and other minority groups." 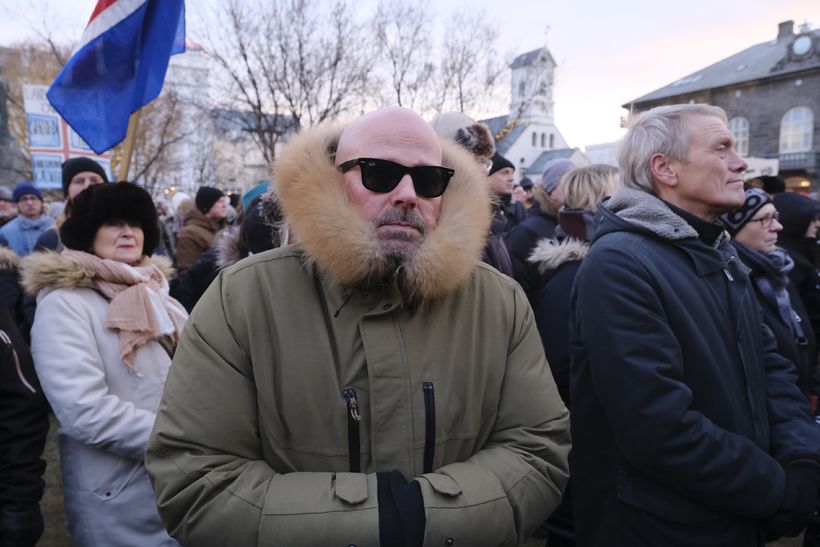 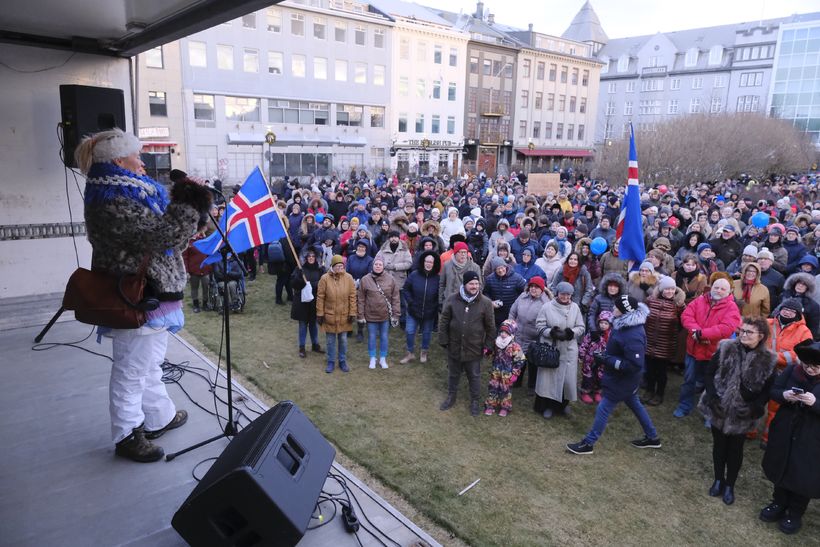