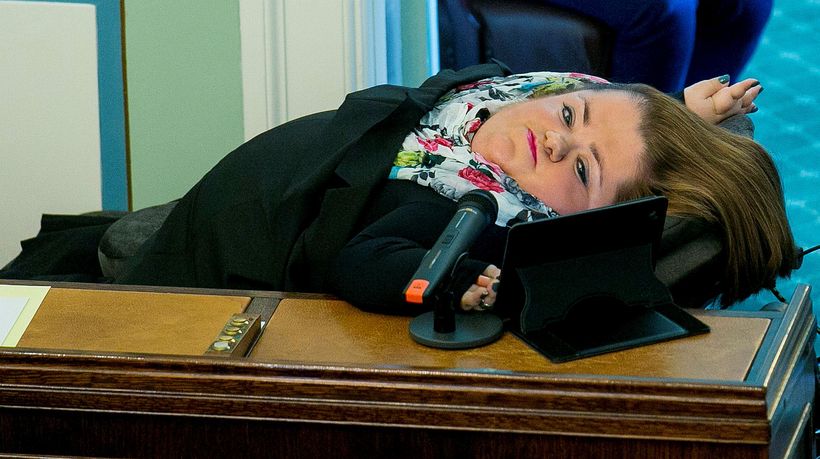 Freyja Haraldsdóttir was MP for Bright Future between 2013- 2016. She was likened to a seal by an MP in a recording made public today. mbl.is/Ómar Óskarsson

The recorded bar conversation between MP's of the Centre Party and the People's Party that has caused a scandal today in Iceland included derogatory comments about disabled deputy MP Freyja Haraldsdóttir. One MP made seal noises when referring to Freyja who suffers from osteogenesis imperfecta. "Hate speech" comments director of the national association of disabilities in Iceland, Þroskahjálp, Bryndís Sæbjörnsdóttir.

"It's what we generally call hate speech which is unacceptable and chosen representatives should just take their bag and leave if they behave like that," she said speaking to mbl.is today.

"They have lost all trust and it's not acceptable for them to allow these kind of comments."

Icelandic media today have had a field day about comments made by these MP's in a bar called Klaustrið in the city centre on November 20th and were recorded by an unnamed witness. The recordings were published by newspapers Stundin and DV.