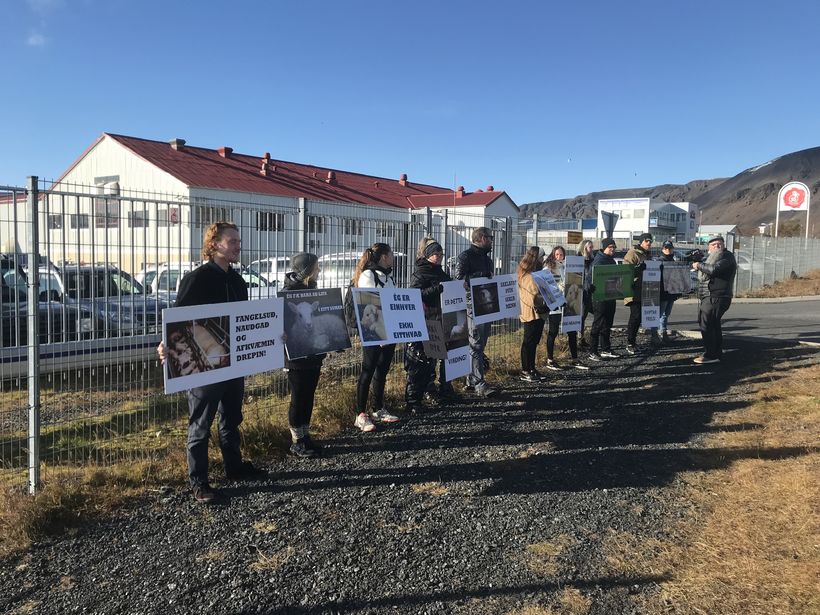 Protestors from Reykjavík Save Movement began protesting outside the SS sausage factory in Selfoss, South Iceland at 2 pm today.

Activists are protesting lambs and ewes being led to slaughter. According to slaughter the protest is peaceful but has drawn the attention of plenty of bystanders, causing traffic interruptions.

When the activists advertised their scheduled protest today, another group of meat lovers decided to protest against their protest.  Those protestors, if any, had a very low profile today and was comprised of teenagers waving sausages or "pylsur"  from SS. 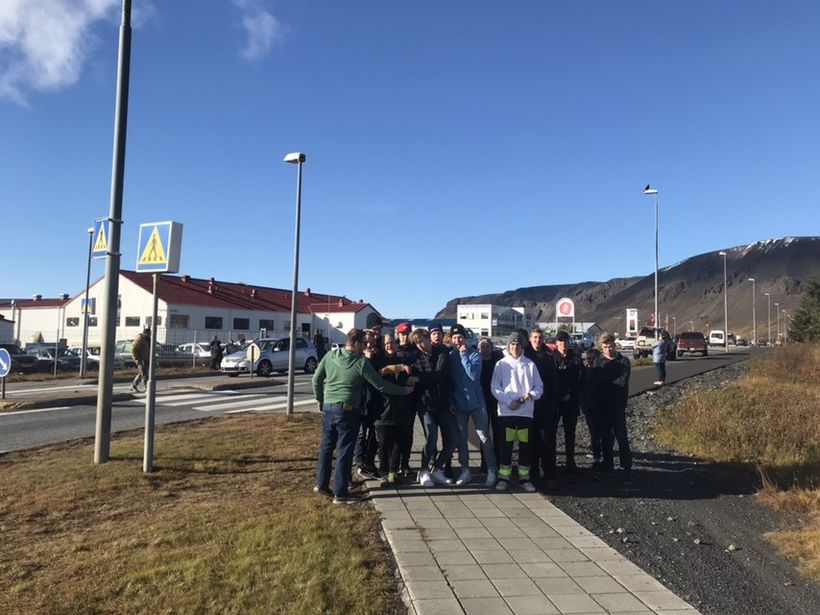 A group of Icelandic teenagers armed with SS sausages protest the other protest. mbl.is/Sigmundur Sigurgeirsson