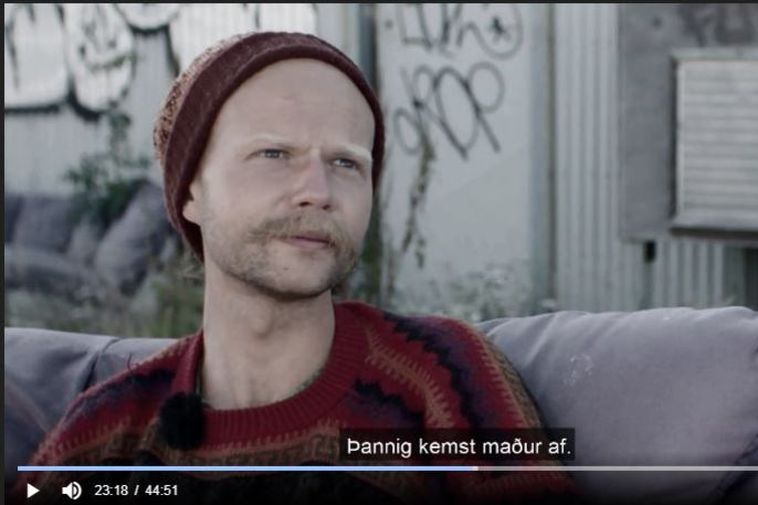 Sandrius Ungurys from Lithuania says most of his countrymen feel betrayed upon arrival in Iceland. Screenshot/Kveikur

News programme Kveikur on national television RÚV last night investigated the working situations of foreign workers in Iceland. Currently there are 30 thousand foreign employees in Iceland, a greater number than ever before.

Among the disclosures in the Kveikur programme were that the wages paid to employees of Icelandic Dogsledding are in no relation to profit, Pakistani employee Sana Shah has received threats from the company that forced him to work 16 hour shifts and employment agency Menn í vinnu take a large portion of their Romanian staff's wages.

Iceland Dogsledding has an annual turnover of  100 million ISK but is volunteer run or pays their employees meagre wages , and make them stay in containers and tents.

Brattahlíð Travel hired Carolina Brione, a Spanish University student to drive a coach to and from Landmannalaugar in the highlands.  However, she never went to Landmannalaugar, but was expected to pay for her own training with the company, and to cook and clean. She received 40 thousand ISK for twenty twelve hour working days.

Sana Shah from Pakistan received threats from the company that hired him for work in Ólafsvík, North Iceland and made him pay 7.500 Euros for a work permit and made him work 16 hour shifts but told him to sign out of work eight hours earlier.

The programme can be viewed here. Interviews are mostly in English.

Lithuanian engineer Sandrius Ungurys told the programme, "I'm in the same trap as hundreds of other people." He feels betrayed and says that he realised upon coming to Iceland that this was really bad. "What can one do? What is waiting for us? Where is the  money? The children need this and that. So you don't flee, you do what you are told. Sit around cold for the whole day and drink a bit of vodka at night. That's how you survive."