Brussels reluctant to use the EEA two pillar system 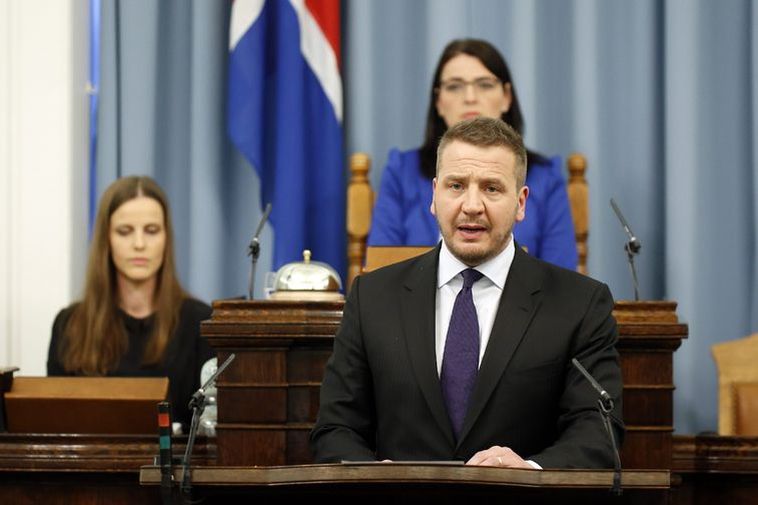 Two things mainly threaten the agreement on the European Economic Area (EEA) according to Iceland's Foreign Minister Guðlaugur Þór Þórðarson. First of all the European Union's reluctance to use the agreement's two pillar system and secondly attempts by proponents of EU membership in Iceland and Norway to undermine the agreement.

Þórðarson suggested this at a debate in Iceland's parliament on Thursday evening. The two pillar system is a core element of the EEA Agreement and means that the three EEA countries which are not part of the EU, Iceland, Norway and Liechtenstein, are monitored by institutions run by the European Free Trade Association (EFTA) and not the EU.

Read also: Iceland's energy not for the EU to decide

The Foreign Minister said it had at the very least been difficult to get the EU to continue using the two pillar system. He recalled a speech delivered by Finance Minister Bjarni Benediktsson in February where Benediktsson criticized the EU's constant attempts to get the EFTA/EEA countries to accept direct authority from EU institutions, ignoring the two pillar system.

"This is just not in accordance with the EEA Agreement," Þórðarson furthermore said echoing growing frustration in Iceland over the country's EEA membership which has reached the highest politcal levels. Several MPs have openly expressed their doubts. Especially when it comes to accepting the EU's so-called third energy package through the agreement.

Two of the political parties forming the current coalition government, the conservative Independence Party and the centrist Progressive Party, have already accepted the policy of calling for an assessment of Iceland's EEA membership and to oppose accepting the third energy package which was recently accepted by the Norwegian parliament.

The third coalition party, the socialist Left Green Movement, has been historically sceptical of both the EEA Agreement and EU membership. The party has not formally declared its position on the third energy package but one of its MPs, Kolbeinn Óttarsson Proppé who sits on the parliament's industrial affairs committee, has expressed his doubts.

Request for an EEA pros and cons report accepted

The same goes for example for Sigmundur Davíð Gunnlaugsson, chairman of the Centre Party and former Prime Minister, as well as the party's parliamentary group chairman and former Foreign Minister Gunnar Bragi Sveinsson. Moreover it is also seen as a possibility that the People's Party may oppose accepting the EU's third energy package.

Combined the five parties have 46 MPs out of the parliament's total number of 63. Only 32 MPs are needed to form a majority. The Foreign Minister must table a motion in the parliament and is expected to do so before the parliament's summer recess. But whether the majority of the MPs will accept the third energy package remains to be seen.

Recently the parliament approved a request from a cross-political group of MPs, which included former Foreign Minister Sveinsson, for a report from Foreign Minister Þórðarson on the pros and cons of Iceland's membership of the EEA. The request stated that joining the EEA was controversial 25 years ago and that it still remained so today.

There is a fear that the EU's third energy package will undermine Icelandic sovereignty over its energy sector. Or at least open the door to that in the future. There is also a widespread opinion that Icelandic energy matters are simply none of the EU's business as Finance Minister Benediktsson stated in a speech in Iceland's parliament last month.