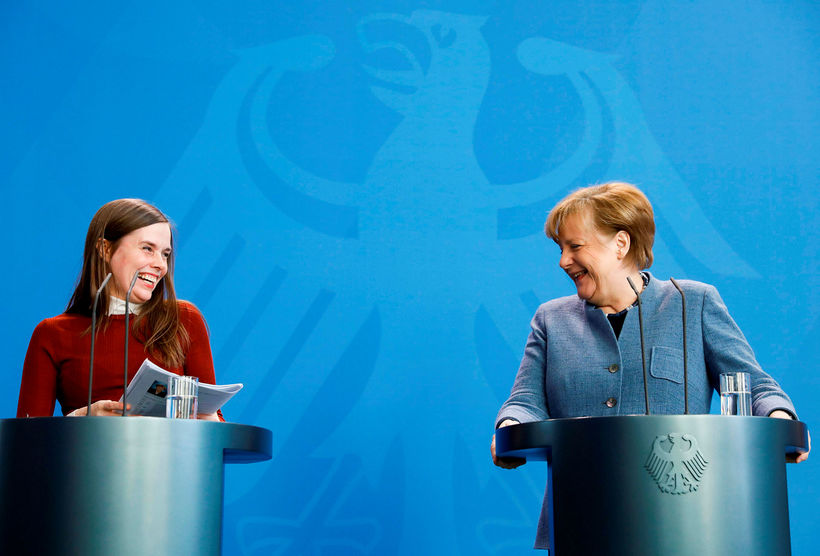 Jakobsdóttir and Merkel at a press meeting this afternoon in Berlin. AFP

Katrín Jakobsdóttir, Prime Minister of Iceland is in Berlin where she met today with Angela Merkel.

Amongst the topics discussed was the disappearance of Icelandic activist Haukur Hilmarsson who is thought to have been killed whilst fighting for the Kurds in Affrin, Syria.

Jakobsdóttir went to Germany yesterday to attend the 100th anniversary of the sovereignty of Iceland at the Icelandic Embassy. She will also be making an address at an equal rights forum called DOTTIR. 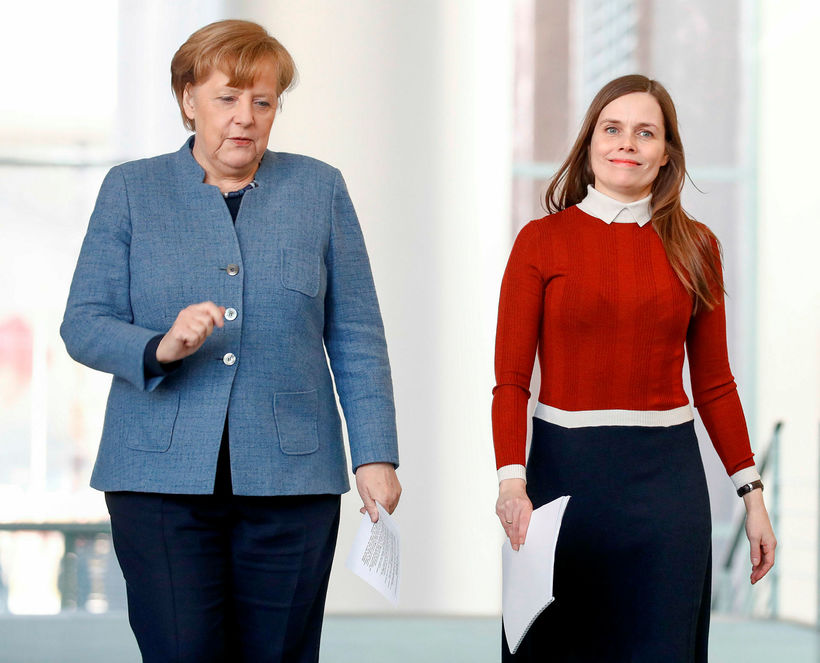 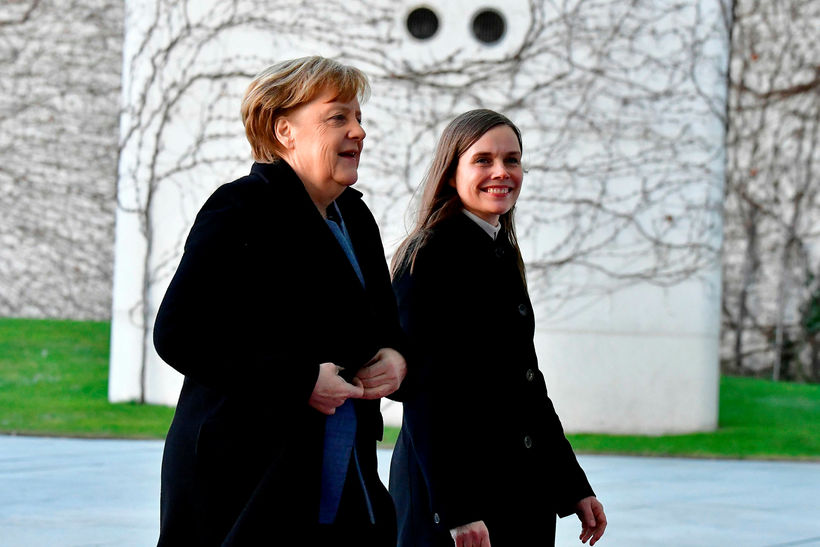 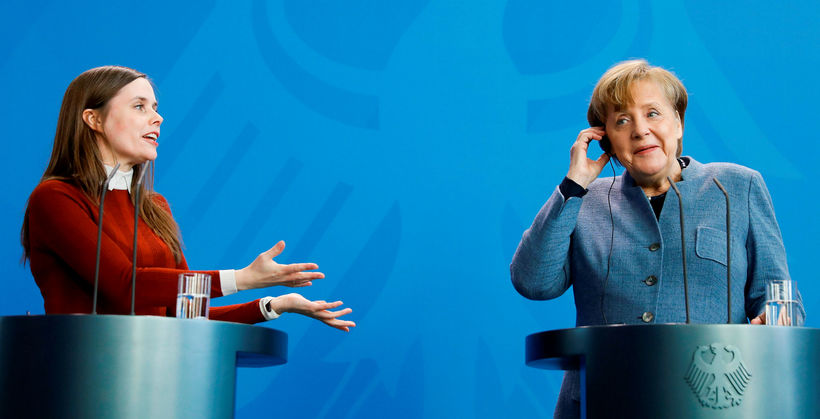