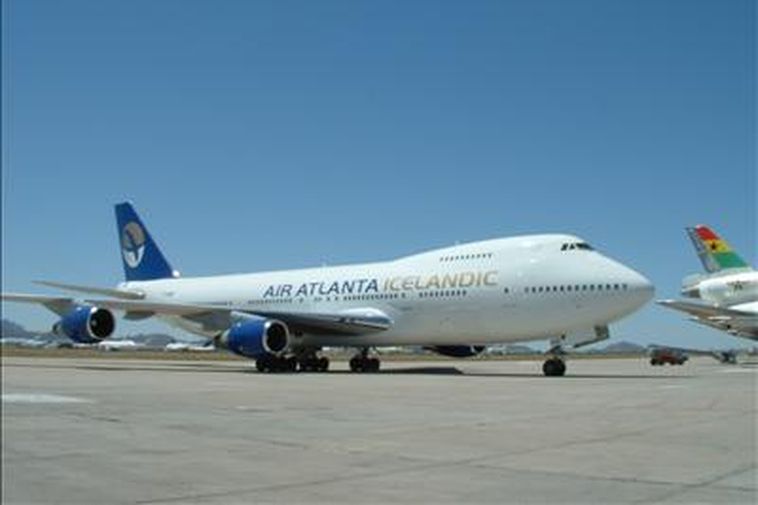 Airline Air Atlanta has taken part in the transport of weapons from Eastern European countries to Saudi Arabia from where they were taken to war torn Syria and Yemen.  This was revealed on news programme Kveik on Rúv national television last night.

Kveik also pointed out that this transport of weapons was against international agreements and Icelandic law.  Air Atlanta is an Icelandic airline with a permit from the Icelandic Government. Conflict Armament Research OCCRP and others have investigated and found out that most of these weapons were transported from Bulgaria, Serbia and Slovakia. Patrick Wilken, a specialist from Amnesy International believes that the Icelandic Government has failed in this matter.

Minister of transport Sigurður Ingi Jóhannnesson was quoted as saying that the Icelandic Government didn't have the means to monitor where the load from an aircraft ends up after reaching its destnation. He added that a regulation on weapons transfer was being reviewed in accordance with UN law from 2014 which bans transport of weapons to the war torn countries of Syria and Yemen. He furthermore stressed the importance of the Icelandic Government doing its duty.

On the ten-o-clock news last night Katrín Jakobsdóttir who has been Prime Minister since November, said that the government had declined a demand from Air Atlanta to renew their permit to transport weapons.

‘Threatening and Intimidating’ Environment Created by Former US Ambassador