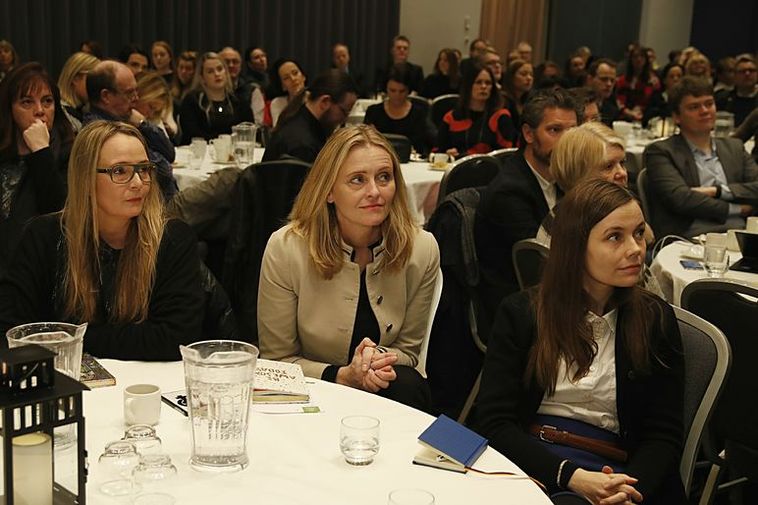 Iceland's political parties had a cross-party breakfast meeting this morning to discuss the #metoo movement and how they could rectify the imbalance of power between the sexes. The meeting was titled, #metoo - what's next?

"The movement has succeeded in changing the way we think in a very short time," said Prime Minister Katrín Jakobsdóttir speaking at the meeting. She added that the stories told by women in various sectors of society over the past couple of months show a systematic imbalance of power between the sexes. But since the movement started people have been rethinking norms. "Men are starting to wonder, was what I did ok, and women have had to think about things they decided to forget about, things that were not ok."

The government agreement made by the new government includes a plan of action for progress in handling sexual offence cases in court, and to fight against sexual violence.

She further said that she was happy that all the different political parties had gotten together to discuss the matter .