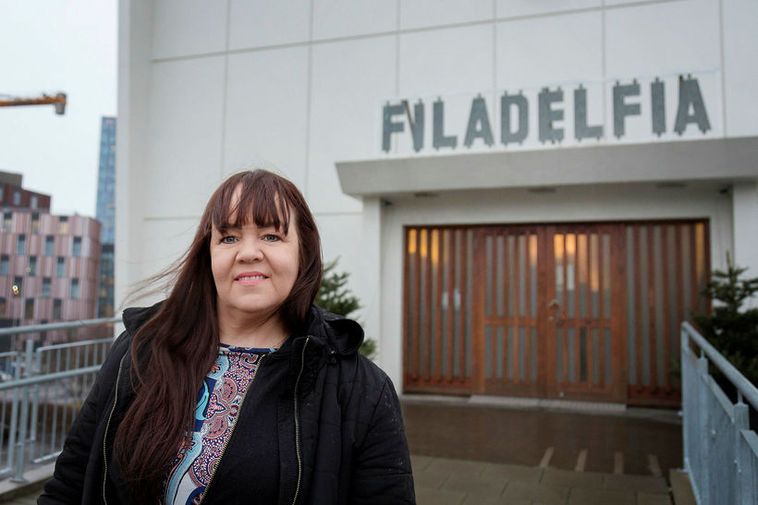 Magdalena Sigurðardóttir is now a counsellor for women with drug and alcohol dependence. mbl.is/Hanna Andrésdóttir

Magdalena Sigurðardóttir had spent three nights in a garbage dumpster next to a rat and her young when she realised she had hit rock botton. She had been battling alcohol and drug addiction for fourteen years and had lost everything.

Sigurðardóttir is interviewed by today's Morgunblaðið. She was able to go to rehab at Hlaðgerðarkot where she stayed for 6 months and today she works as a counsellor for people with drug problems helping out women like herself.

Sigurðardóttir adds that the situation on the Reykjavik streets is much harsher than it used to be. "There are lots of stimulant substances, some really dangerous ones that kill people in circulation  and the drug world is a really harsh one, there's lots of crime and prostitution involved." She adds that drugs are easy to come by in Iceland, they flow into the country by air and by sea.

"The cannabis today is so mixed with other stuff that kids today are frying their brains. I see a lot of the kids in the mental ward at the hospital, some of them have ended up in psychosis from smoking cannabis. It's an awful substance and people close their eyes to its dangers. It's so easy to close your eyes to the dangers of cannabis because it's so comfortable, our kids are just on their computers being calm until everything explodes."