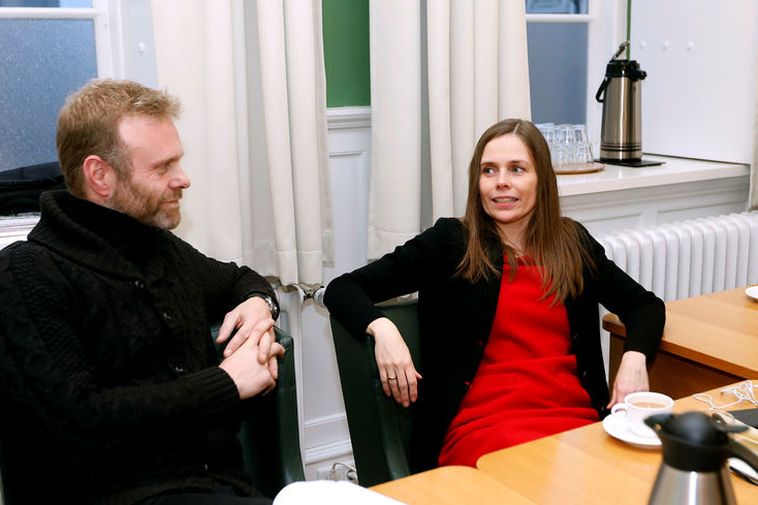 The Left Green Party is meeting to discuss whether they are prepared to begin formal coalition talks with the Independence Party and the Progressive Party at 13 pm. Another meeting took place yesterday without conclusion.

Political experts believe that the decision for the  Left Green Movement is a difficult one.  "I think that this is a difficult path for them to take but that is not to say that they're not going to try to do it," says  Grétar Þór Eysteinsson, doctor in politics.

Political expert Baldur Þórhallsson said that it would probably be more difficult for the Independence Party to convince their MP's to go forward with such a coalition.