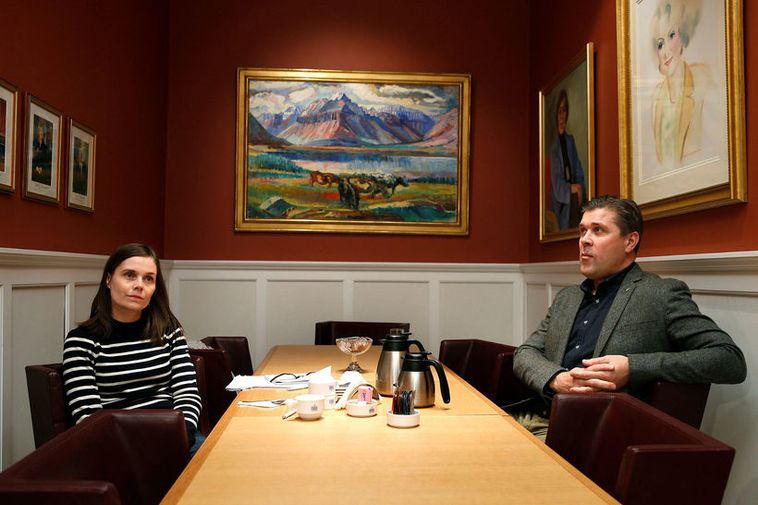 One year ago, on November 17th, Jakobsdóttir and Benediktsson tried to form a government coalition without success. Will they succeed this time? mbl.is/Golli

Morgunblaðið also reports that according to its sources, Bjarni Benediktsson and leader of the Progressive Party, Sigurður Ingi Jóhannsson also spoke on the telephone.

According to sources, Jakobsdóttir wants the Alliance Party to join a coalition with the Left Green Movement, the Independence Party and the Progressive Party.  This would mean that the government coalition would hold 42 parliamentary seats.

Today's edition of Morgunblaðið furthermore reports that Benediktsson is not prepared to accept Jakobsdóttir as Prime Minister.