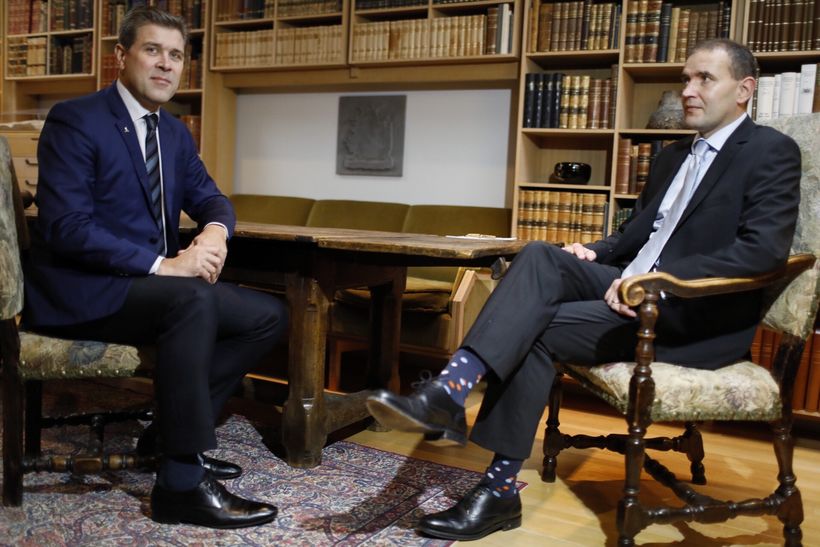 The President of Iceland met earlier today with leaders of all parties that won seats in parliament and sounded them out about the options for a coalition government that would have majority support in Iceland's parliament.

Saturday’s general elections in Iceland brought a complicated political landscape. While the government parties lost 12 seats, the opposition as a whole gained very little or only one seat. Two new political parties won total of 11 seats.

As of now there is no clear indication of what type of coalition government will be formed in Iceland, but here are the three most likely option:

There is certainly a possibility that the right-of-center Independence Party and the Left-Green Movement join forces and form a coalition government that would cover the political spectrum from the right to far-left. The third party to join such a coalition would most likely be either the Progressive Party or the Social Democratic Alliance. Such a coalition would have 34 or 35 seats in Iceland’s 63 seat parliament.

This is the only three-party coalition option available, all other coalitions would need four or more parties.

Another option is for the Independence Party and Progressives to form a coalition government with the Restoration Party and the Center Party. This government would have 35 seats. The People's Party instead of Restoration is also an option.

The Left-Green Movement, Social Democrats and the Progressives have a total of 26 seats, and would need at least 6 more MPs to form a majority government. The Pirate Party with its 6 seats could join such a government, but it would still have the smallest possible majority of just 32 seats. The government could be strengthened with the fifth party, either the Restoration Party, the People's Party, or both.

Who will lead the next government?

Prior to the elections, two leaders were most often named as candidates for the Premiership: Bjarni Benediktsson and Katrín Jakobsdóttir. Now two other contenders have emerged. 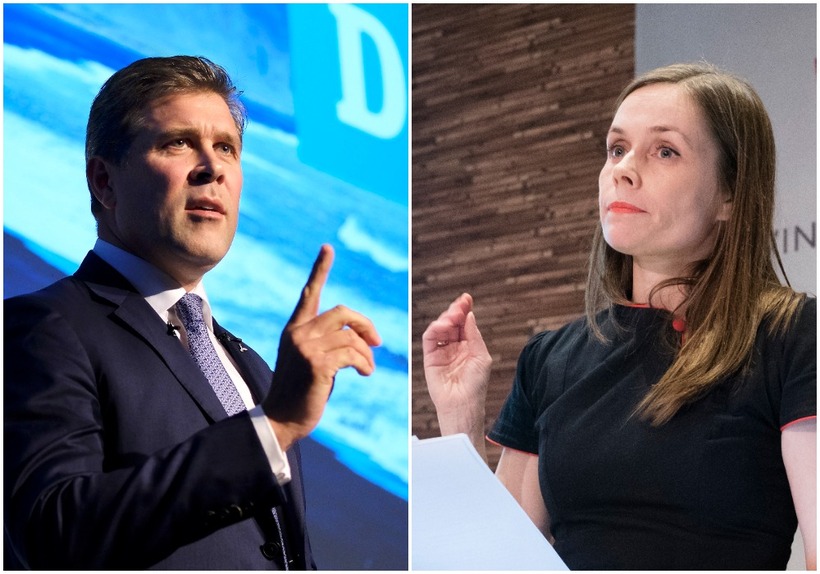 The Independence Party, led by Prime Minister Bjarni Benediktsson, lost seats but remains Iceland’s largest political party with 16 seats. Benediktsson was the first party leader to meet with President of Iceland, Guðni Th. Jóhannesson today. Benediktsson said after the meeting that he believed the political parties should be given some time to sense each other out, and also that the party with leading support in all constituencies should be given the mandate to form a government.

The Left-Green Movement led by Katrín Jakobsdóttir holds 11 seats in the new parliament, gained one MP. She has been seen as a candidate for the Premiership by many parties on the left-side of the political stage. Jakobsdóttir has the support of the Pirate Party and the Social Democrats to make an attempt to form a government.

The Progressive Party, led by former Prime Minister Sigurður Ingi Jóhannsson, might be in a key position, but most coalition scenarios, whether to the left or to the right, include the Progressives. Jóhannsson told President Jóhannesson that he would be willing to make an attempt to form the next government.

The Center Party, a new polititcal party that led by Sigmundur Davíð Gunnlaugsson, won nearly 11% of the votes and 7 seats. It is the big winner of Saturday’s elections and in light of his election victory, Mr. Gunnlaugsson might claim that he should get a shot at forming the next coalition government. 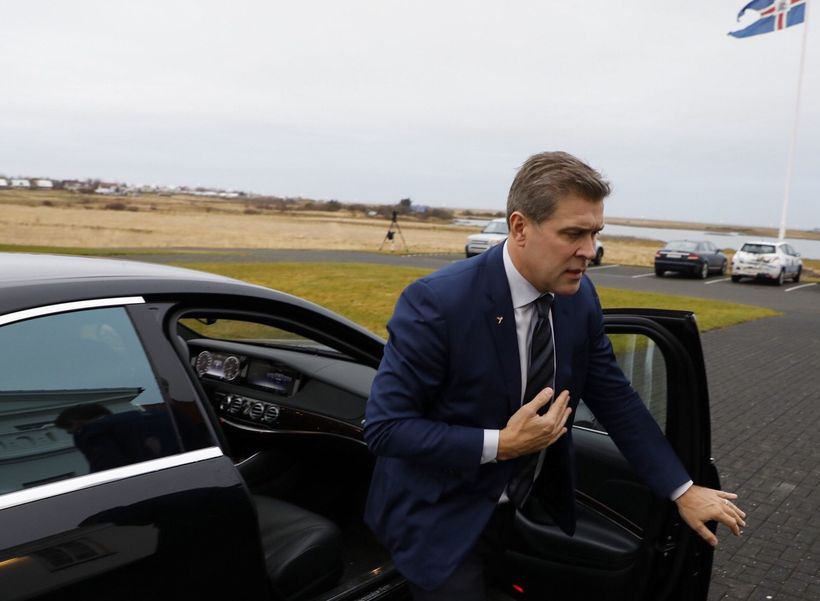 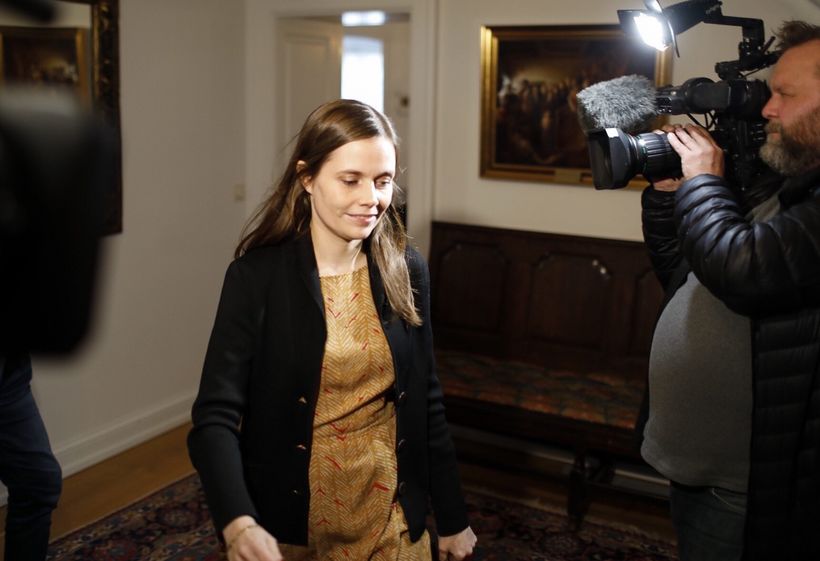 Katrín Jakobsdóttir, leader of the Left-Green Movement, arrives at Bessastaðir, the residence of the President of Iceland. mbl.is/​Hari 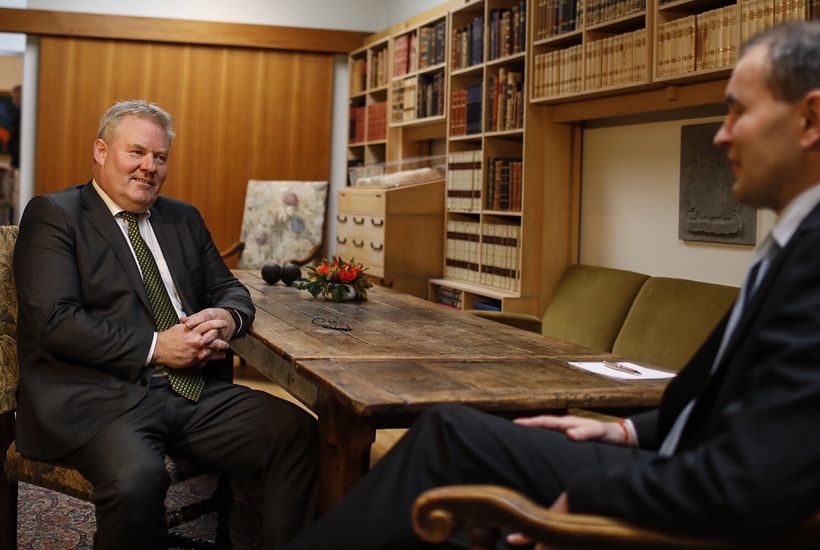 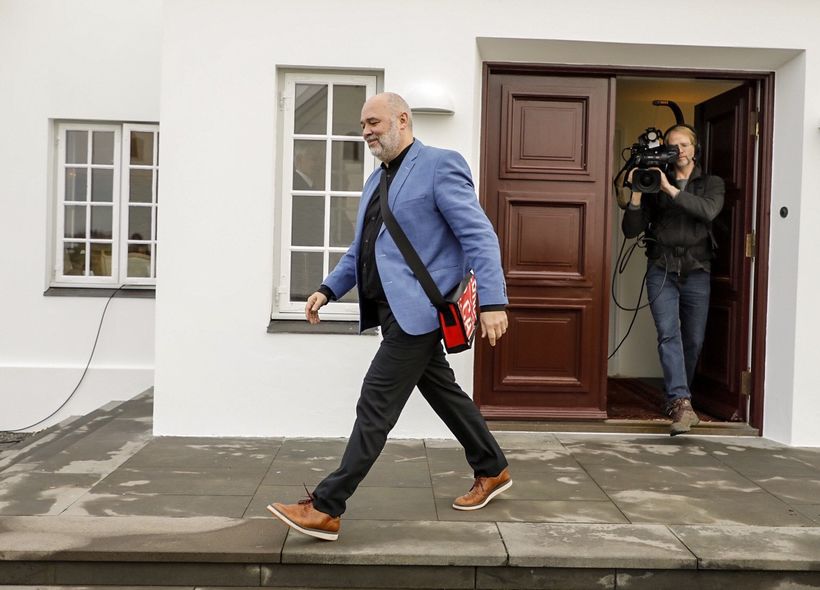 Logi Már Einarsson, the leader of the Social Democratic Aliialnce, after his meeting with the Icelandic President. mbl.is/​Hari 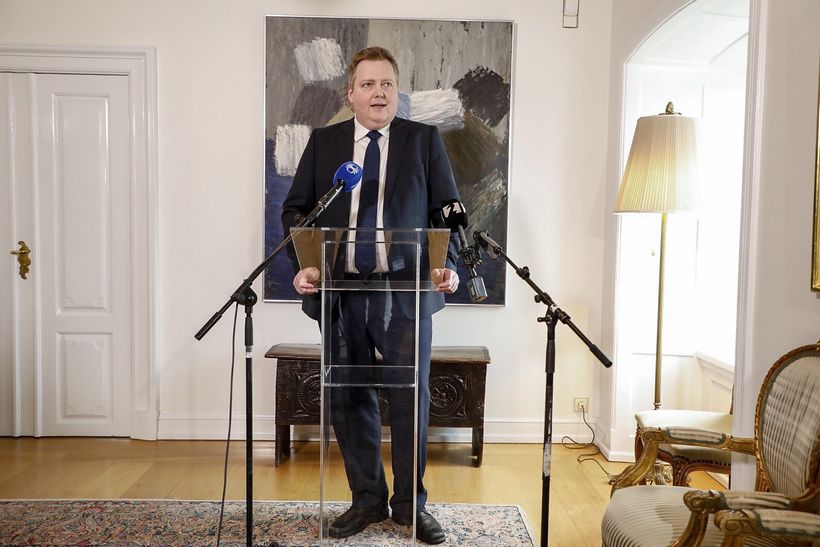 Sigmundur Davíð Gunnlaugsson, leader of the Center Party speaks to members of the media after meeting with President of Iceland. mbl.is/​Hari 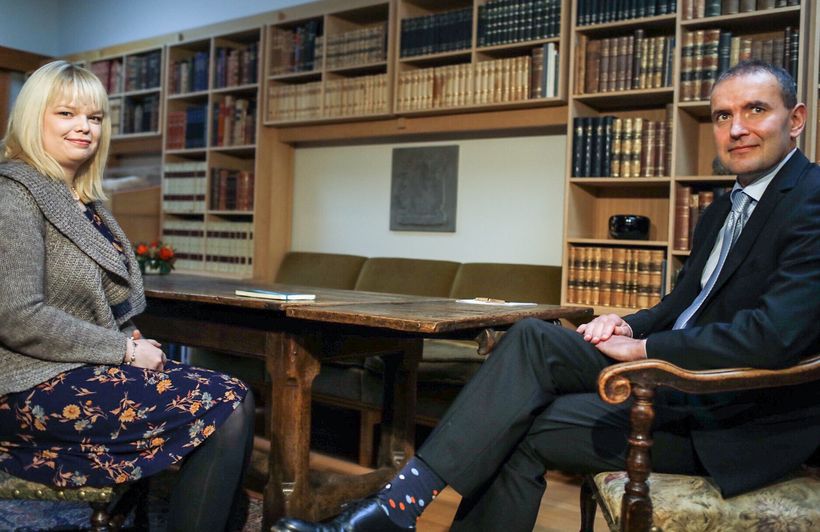 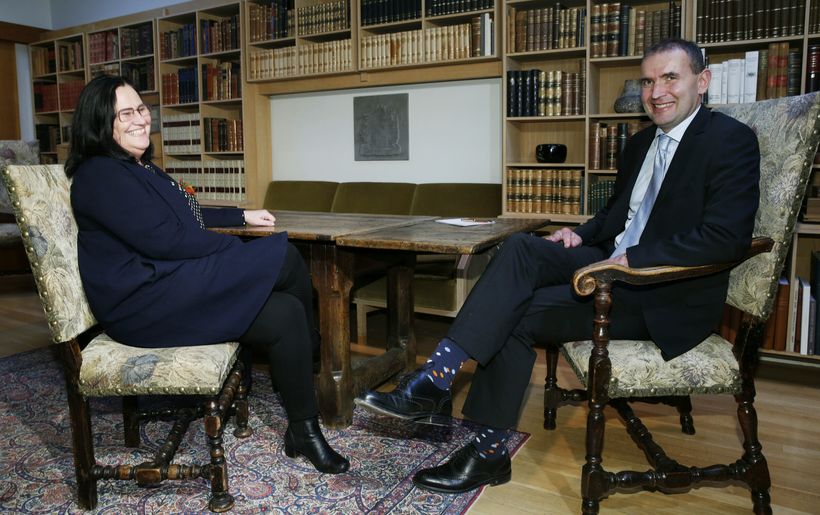 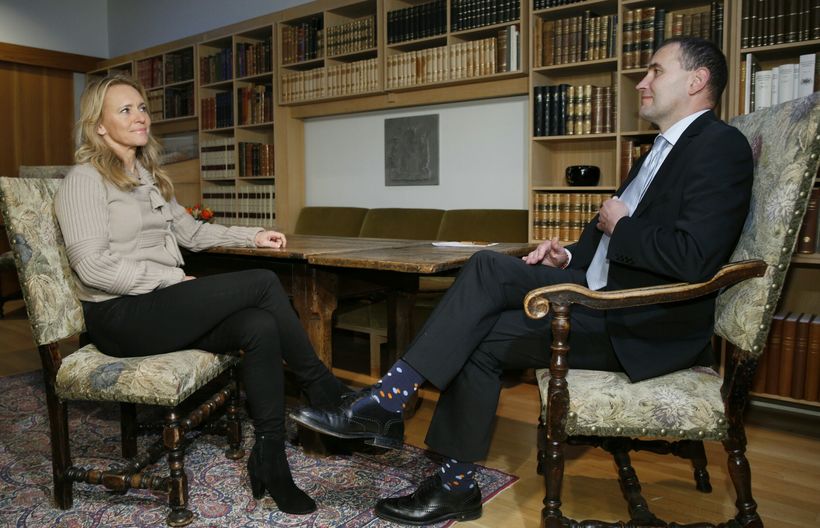