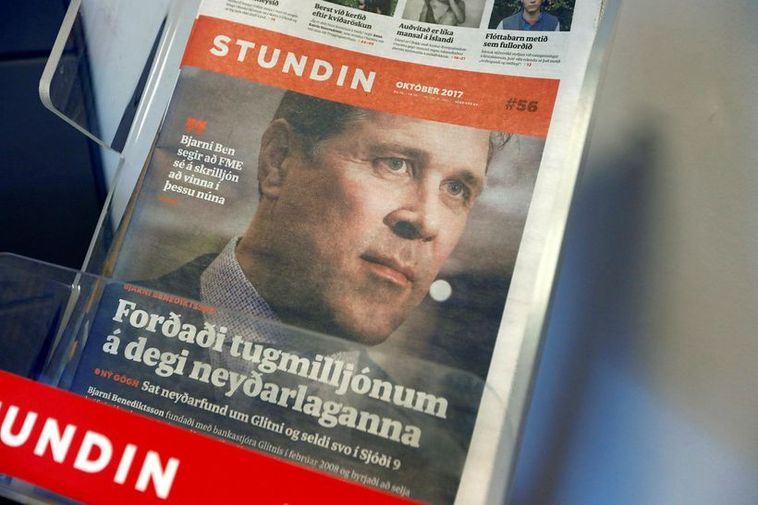 A majority of Icelanders are unhappy about the injunction put on newspaper Stundin on the PM's finances. mbl.is/Eggert

A majority of Icelanders, or 77% are against the injunction put on Stundin and Reykjavik Media on documents from the collapsed Glitnir bank. These results are from a survey by marketing company MMR.

Only 11.4 percent of Icelanders agree with the injunction and 11.6% have no opinion for or against.

The survey showed that supporters of the Independence Party are more likely to agree with the injunction compared to other political parties.

Prime Minister Bjarni Benediktsson is the leader of the Independence Party.