"Dialogue is the key for peace and stability" 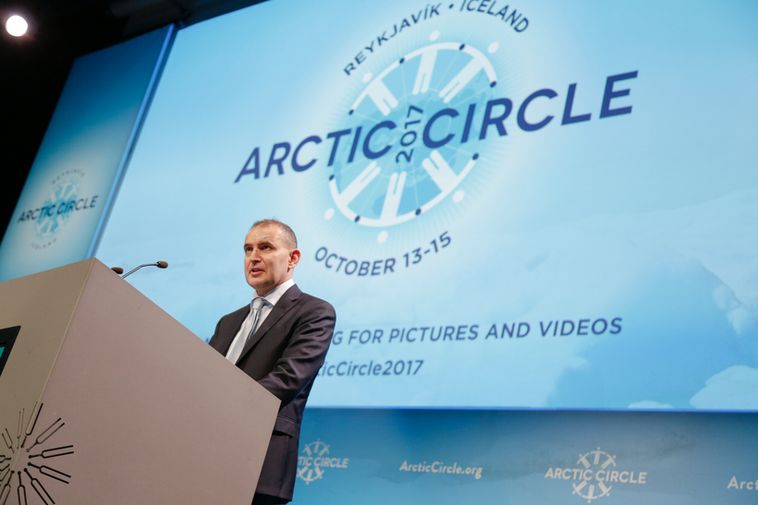 In his opening speech by the President of Iceland, Guðni Th.Jóhannesson at the Arctic Circle Assembly which began at Harpa Concert Hall and Conference Centre today,he spoke of that even though Iceland was small it could still play a large role in matters regarding the Arctic Region.

" In the next few days, we may mostly look northwards but at the same time we will focus on vital matters that concern us all; climate change, the sustainable use of resources, viable living conditions in cold climates, respect for international law. Yes, we will listen, talk and learn. Knowledge is the foundation of progress, ignorance a recipe for stagnation; and dialogue is the key for peace and stability. We must maintain and strengthen the respect for research and scientific methods, respect for expertise and the unprejudiced exchange of ideas, information and assumptions, " said the President.

He said that in older times the far north was to Icelanders a mystical country known as the frozen sea, the home of giants, trolls and other beings.

" The Icelandic Sagas – our early contribution to world literature – also contain tales of distant travels, of trade and battle in regions to the east of the Nordic world, as well as encounters with natives in lands we now call Greenland, Canada and the United States. Can we believe these stories? Yes, in Newfoundland, ruins of Norse settlements prove the travels of Norse voyagers some thousand years ago and near the Black Sea we can read Viking graffiti, “Halvdan carved these runes”. We can easily assume that this Halvdan had brought with him from the north furs and walrus ivory. And speaking of walrus – and our Sagas – and the high north: One of the most dominant settlers of Iceland was Geirmundur Heljarskinn. He came from the northernmost regions of Norway, probably Inuit in appearance, known by some as the Black Viking.

Geirmundur made his riches by trading in walrus skin ropes and walrus teeth, eiderdown and fish liver oil. His story is a fascinating one, so fascinating in fact that Paramount Pictures are going to produce a massive TV-series about him. That’s great but what can this story tell us here at the Arctic Circle? First, that in the past, the high north and its inhabitants were alien – outsiders in the eyes of their Nordic neighbours. The writers of our medieval tales did not say that much about Geirmundur; he did not fit in the image which they wanted to create. But today, the indigenous people of the Arctic can and should no longer be seen as outsiders – in the era of ever increasing globalization and interdependence, nobody is an outsider.

Secondly, Geirmundur’s tale is one of overexploitation. He sent his team of slaves from one site to another, as did others, thus draining the walrus stock. In our times, this story can therefore serve as a warning. Yes, we should seek ways to utilize natural resources but sustainability is vital, and the long-term interests of the indigenous populations should be paramount. “Our problems really began when other people began to have interest in our region”, is a phrase I once heard.

Dear friends, let us keep those precautionary words in mind when we look towards a bright future for the Arctic region. Let us be daring and ambitious, but cautious and humble as well, humble in the face of nature which we must preserve and protect, cautious because our actions can have irreversible consequences. – And let us have a fruitful conference, a friendly encounter, a true meeting of free minds."

Up to 13 Percent Unemployment Rate Forecast for April

EFTA Citizens Exempt from Ban on Travel to EU