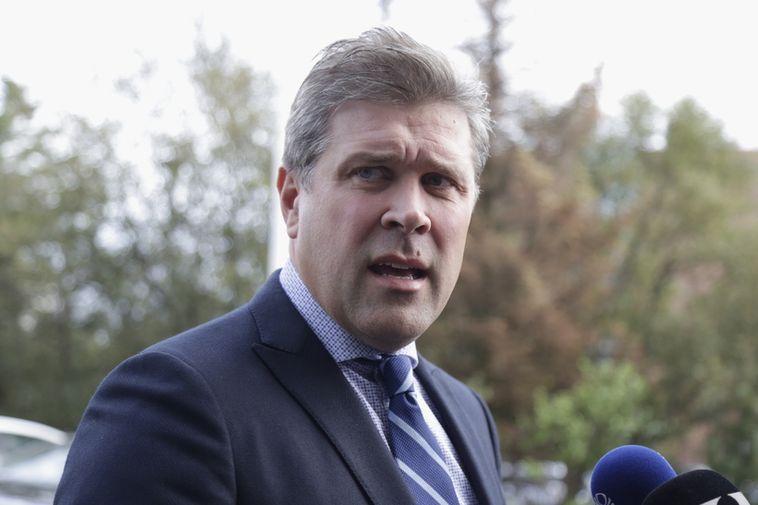 "I want to stress that it was a shock for me to hear this. I could never have signed such a letter and I would never have defended such actions," said Prime Minister and Independence Party leader Bjarni Benediktsson moments ago at a press conference on the government collapse referring to a letter signed by his father to restore a pedophile's honour.

"I was in a difficult position. I had information on a case that was not in the spotlight at the time. I made a decision to deal with the matter as a confidential one, just like the other matter {the matter of Robert Downey] which was already before the complaints board of the information affairs department of the government. I decided that the same confidentiality would apply to this case."

Benediktsson spoke for the first time on the scandal that has caught Iceland by storm at the press meeting following an Independence Party meeting which began at 11 am and was finished at around 3 pm.

He stated that Parliament had failed the victims of sexual offences. "What we have learned is that the laws on these matter are completely out of sync with modern values. We who work in Parliament have failed. " He added that there was no distinction between any of these cases, and that he was convinced that all Icelanders were disgusted and horrified by such crimes, sexual crimes against children, crime that would be hard to forgive. "Many have been deeply wounded," he said adding that he had been deeply touched by victims and their families stepping forward. "It cannot be a legislative decision to say that someone's honour has been restored. Nobody should be in the position to make such a decision. We have failed in making changes to this. "

Benediktsson then spoke of Bright Future's decision to end their coalition with the Independence Party, thus collapsing the current government. He says that he told the party leaders of both the Reform Party and Bright Future on Monday of his father's involvement and that he was surprised at the decision last night.

"There was no reason for such a rash decision," he says, adding that the country needs strong parties to lead it forward in important matters. He added that smaller parties could not offer that kind of stability.

"But in this situation there is nothing else to do except to have an election and I will do my utmost so that elections will take place as soon as possible." He added that he aims to call for elections this November.