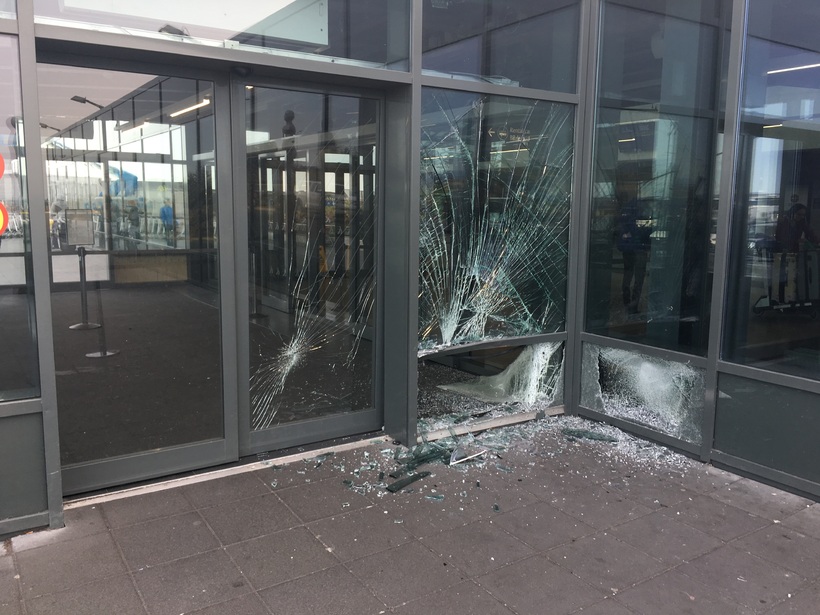 The damages in Keflavik Airport. Photo/Víkurfréttir

A police chase on Reyjanes Peninsula ended with a car being driven into the arrivals hall of Keflavik Airport around six today.

Just before, the driver had punched a police officer and dragged a woman out of her vehicle that he then crashed into the building. 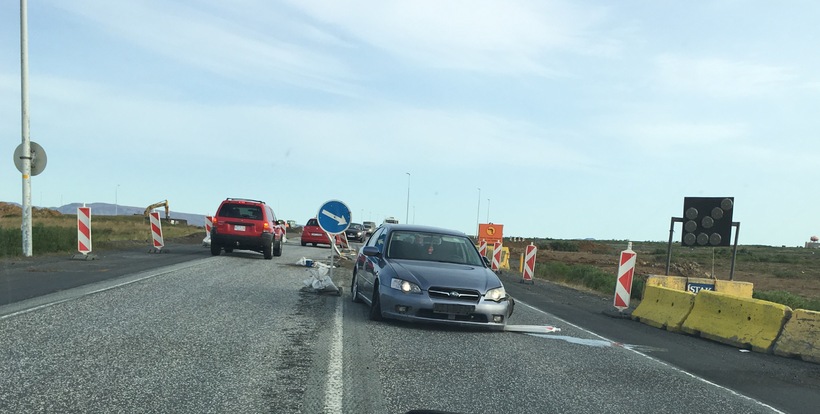 The car that was left by the driver when he acted like he was going to surrender. mbl.is


Police has confirmed the car chase but has not been willing to comment on the case any further.

The man was originally driving another car and seemed to be giving up when he drove his car into a traffic cone at a roundabout in Keflavik. A witness says that the man is probably in his twenties and that he walked out with his hands in the air like he was ready to give up. A police officer then walked up to him alone, ready to put the man in handcuffs, at which point the man punched the officer in the face.

He then ran to the line of cars on the road, knocked on the window of one of the vehicles, dragged the driver, who was alone in the car, out and then drove off. Shortly after, police cars came speeding after. 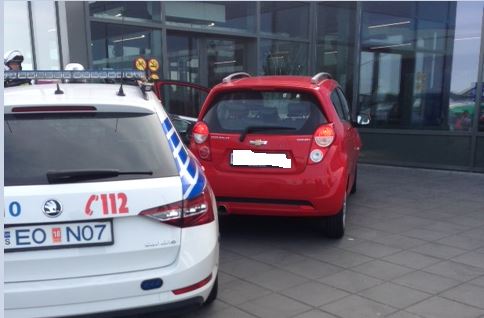 From the scene by the airport. mbl.is

At this time, it isn’t clear if anybody was injured. Guðni says it was lucky that the incident didn’t occur during the busy hours. The damages are still being assessed.