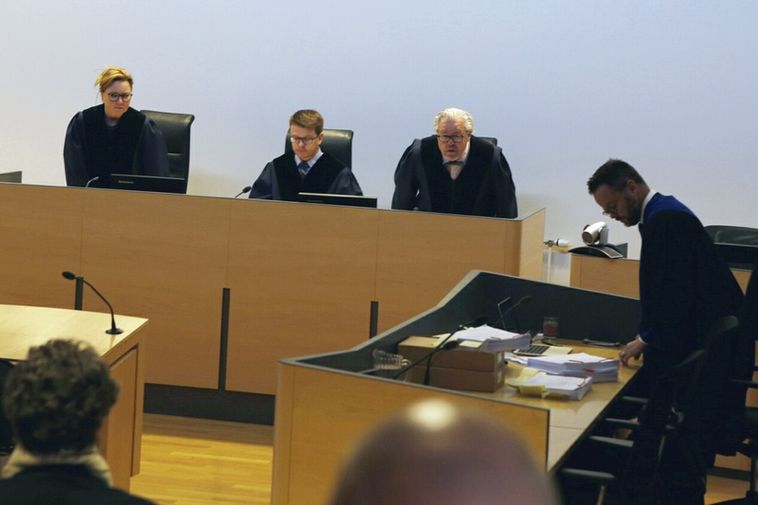 Court hearings in the Birna-case begun at nine a.m. this morning. mbl.is/Ófeigur

Seven crew members of the Greenlandic Trawler Polar Nanoq, are giving testimony in court today in regards to the death of Birna Brjánsdóttir in January. The defendant, Thomas Möller Olsen who is charged with her murder, was part of the crew. He is not present in court today.

Olsen is charged with violently attacking Birna, hitting her repeatedly in the face and head, putting her in a stranglehold with great force and then, in an unknown location throwing her into the ocean or a body of water, all of the above resulting in bleeds on her eyelids and the inside of her scalp, pressure trauma on her neck, a broken nose and many wounds in her head and face and lastly drowning.

Birna’s body was found on January 22nd, a week after disappearing, in the beach West of Selvogsviti lighthouse.

Since there is no Faroese court interpreter available, Faraoese crew members give statements in Danish that are then interpreted into Icelandic.

Got nervous when the trawler was turned around

Arnbjörn Bjarnason, a Danish citizen born in 1973, was the first witness in court today. He told the court that he’s worked onboard the trawler since 2007 and been a cook for the last one and a half year.

He maintained his relationship with Olsen was strictly that of coworkers. He knew that Olsen had rented a car, he said, and that Olsen often did this while in Iceland, seemingly to kill time.

Bjarnason didn’t notice Olsen acting any differently than usual when the trawler set sail from Hafnarfjörður. When the ship was turned around by the authorities, Bjarnason said he noticed that Olsen was up in the kitchen while he should have been working. His condition became progressively worse, he had seemed nervous and refused when offered a bite to eat.

Then, when the police came on board the vessel, Bjarnason says Olsen turned to him, asking: “Wonder if they’re here for me?”

Olsen’s attorney asked Bjarnason what kind of a person Olsen was, to which Bjarnason replied that he knew him as a very nice guy who was friendly and popular among the crew.

Lastly, the attorney asked of the internet connection on board. Bjarnason said it was usable but not as good as on land. He couldn’t say if the connection reached outside of the vessel.