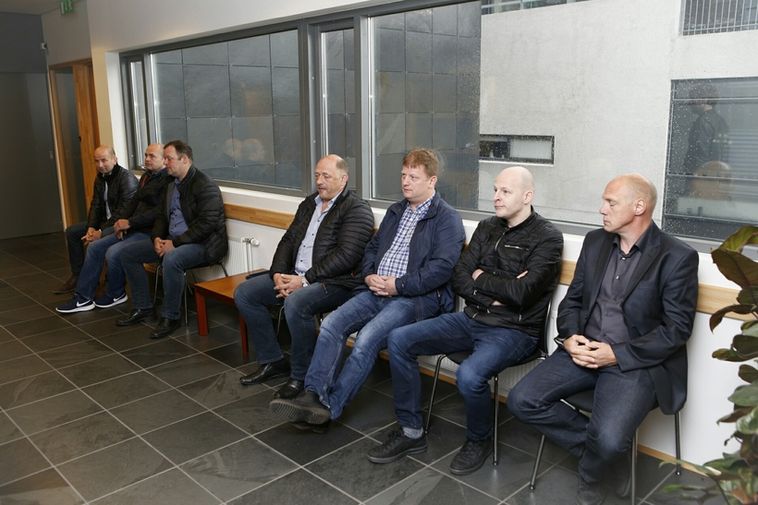 “His face was pale and grey“

Polar Nanoq’s first mate was the fifth witness called to the stand today.

The witness said Olsen had said that two girls had been in the car along with him and another crew member on the night before January 14th. He said Olsen’s and the other crew member’s story had changed a bit with time and that sometimes they had spoken of one girl and other times of two. Olsen had, however, maintained that he dropped two girls of at the Krónan supermarket.

Deputy district attorney Kolbrún Benediktsdóttir asked the first mate about the events onboard the vessel during the time the search for Birna took over the news cycle.

“I started my shift at two o’clock Icelandic time and then the captain was reading about the red car and had received pictures from the fishing company in Iceland. I think the ship was turned around at 5 a.m. that night.”

The witness said the crew members had discussed at length what to tell Olsen. They decided to tell him that the reason for the return was a engine malfunction.

“We also turned off the internet but the phone worked,” the witness added.

He then discussed the text message Olsen had received from a journalist. Olsen showed the witness the text which was in English and had to do with a girl and a car, he said.

“His face was pale and grey. I told him: “Just go up and rest,” and tried to calm him down,” the witness said but Olsen remained anxious. Later on, after talking to the captain, the witness went to the defendants quarters.

“At that point, he had probably put two and two together, that something was wrong,” said the witness, adding that this was probably around 8 or 9 p.m. that evening.

He said he gave Olsen a tranquilizing pill.

“If you haven’t done anything you have nothing to be afraid off,” he told Olsen who didn’t answer but looked away, the witness said.

The defense then asked the witness what kind of a person Olsen is.

“It is hard to say now, after everything that has happened, but Thomas was easy going and friendly.”

The defense then asked the witness about a statement in the police reports where he had said Greenlanders don’t handle adversity well.

“I am the first mate and often have to raise my voice to my subordinates. Greenlanders always clam up and defend themselves, shield themselves and point to someone else; “It was not just me.”