Defendant broke down after receiving a text message 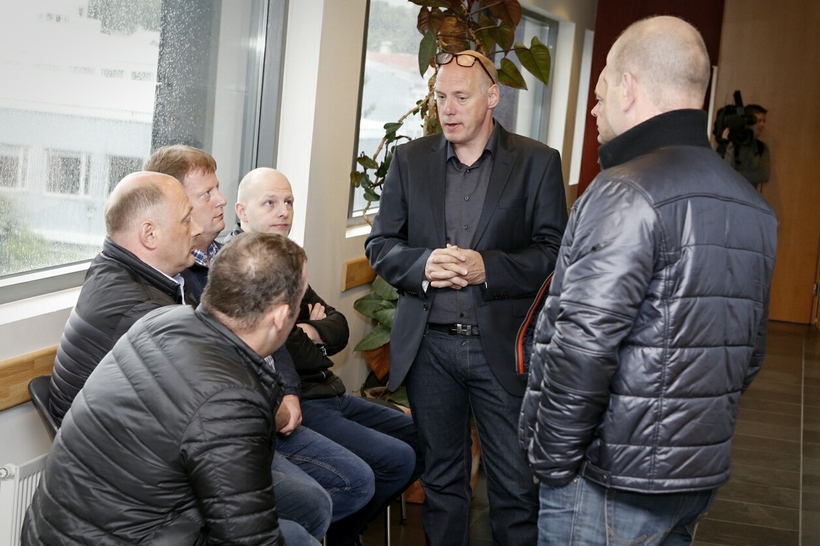 Crew members of Polar Nanoq are giving their statements in court today. mbl.is/Ófeigur

Thought someone had thrown up

Polar Nanoq’s chief engineer was the second to give his statement. He’s been a member of the crew since 2009 and known Olsen since about two years back when he first joined the crew.

He said he had been watching television around 6 a.m. on Saturday, January 14 th , when the other crew member originally charged in the case had come on board. The man had been very drunk, which was unusual and they had a conversation about it since this sort of behavior is frowned upon on the trawler. He remembered thinking that the crew member had arrived by taxi.

Around noon that day, the witness said he saw Olsen coming up the gangway, holding a towel. He spoke about this with a coworker.

“We thought somebody threw up in the car, since the towel was there.”

After Olsen received a text message from a journalist regarding the red rental car he had been driving, the witness said Olsen broke down. Olsen had spoken with the ship’s captain about the message and then, ten to twelve hours later, he needed to be medicated to calm him down.

At that point, the witness said, it was difficult to speak with him, due to his nerves. 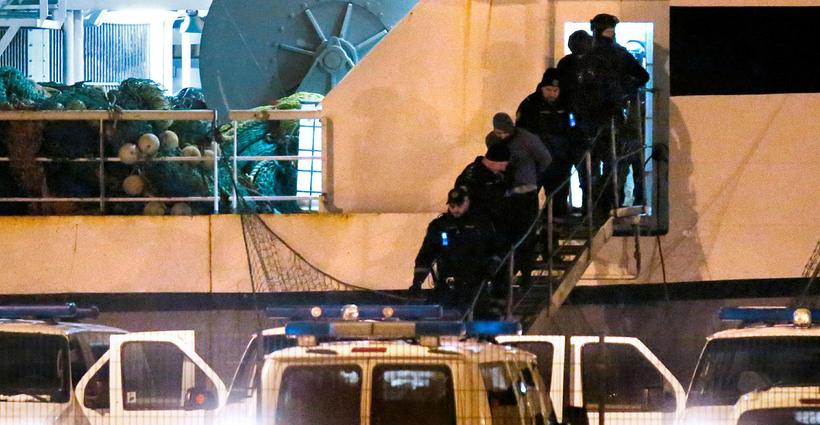 Showed the text of his own accord

The first assistant engineer onboard Polar Nanoq was the third out of seven witnesses to be questioned today.

“I know him well because he was the first one I met when I started out [as a crew member] and we traveled together,” the witness stated when asked about his connections with Olsen.

The witness said Olsen had shown him the aforementioned text from a journalist, of his own accord.

“He was very nervous when he saw the message and I told him to discuss it with the captain.”

Olsen told the witness he knew nothing about what he was accused of and that’s why he was nervous. The witness also maintained that someone aboard the ship had said that Olsen, and the other man originally suspected of having been involved in Birna’s death, had two girls in the rental car, rather than just the one.

The second assistant engineer was then called to the stand. He has worked on the trawler since 2014.

He said that the vessel had been scheduled to sail on Thursday but that there had been a delay while waiting for men from Greenland to join the crew.

Due to the delay, the witness said, the captain had told Olsen that he could rent a car. That Saturday morning, the witness saw Olsen walk up to the ship from the rental car, towel in hand. A door on the left side of the car had been open. When asked, he answered that he hadn’t seen if the towel was damp since it was folded.

The witness did not notice anything unusual about Olsen after the ship undocked and that he didn’t know if Olsen received medication on board.

“All of this was in the hands of the first assistant engineer and the captain.”