First trans woman as the Fjallkona on Iceland's National Day Eva Ágústa is a photographer from Hafnarfjörður. She&#8217;s very active in the LGBTQI+ society in Iceland, Photo courtesy of Gay Iceland

For the first time in Iceland’s history, a trans woman has taken on the role of the Lady of the Mountain, the national personification of Iceland, on the country’s National Day, reports Gay Iceland.
Eva Ágústa Aradóttir was asked to take on this duty, wearing the traditional skautbúningur , the most formal of the national costume for women.

“I’m very excited about this and think it’s going to be a fun day,” Eva Ágústa told website GayIceland.

Often portrayed by actresses, the Lady of the Mountain takes the stage and reads a poem, a tradition since the establishment of the Icelandic republic in 1944.

Eva says she had heard a rumour within the trans community that the organisers in Hafnarfjörður were looking for a trans woman. “I thought it would be thrilling but was hesitant at the same time. But when they contacted me a few days later I thought it was an opportunity I couldn’t refuse, a once in a lifetime chance to be the Lady of the Mountain."

She says that because she felt like she didn’t fit in for so many years, being trans, it’s even more significant to take on this role. “Especially since the Lady of the Mountain is a female incarnation of Iceland, this is a huge honour for me and a validation of my being a woman. I am as much a woman as all the others who are women in spite of what they look like, the colour of their skin, whether they have a disability or any other variation from the stereotype of a woman. Hopefully, the stereotype is fading in the sense that all kinds of women will be accepted, because we are of all kinds.” 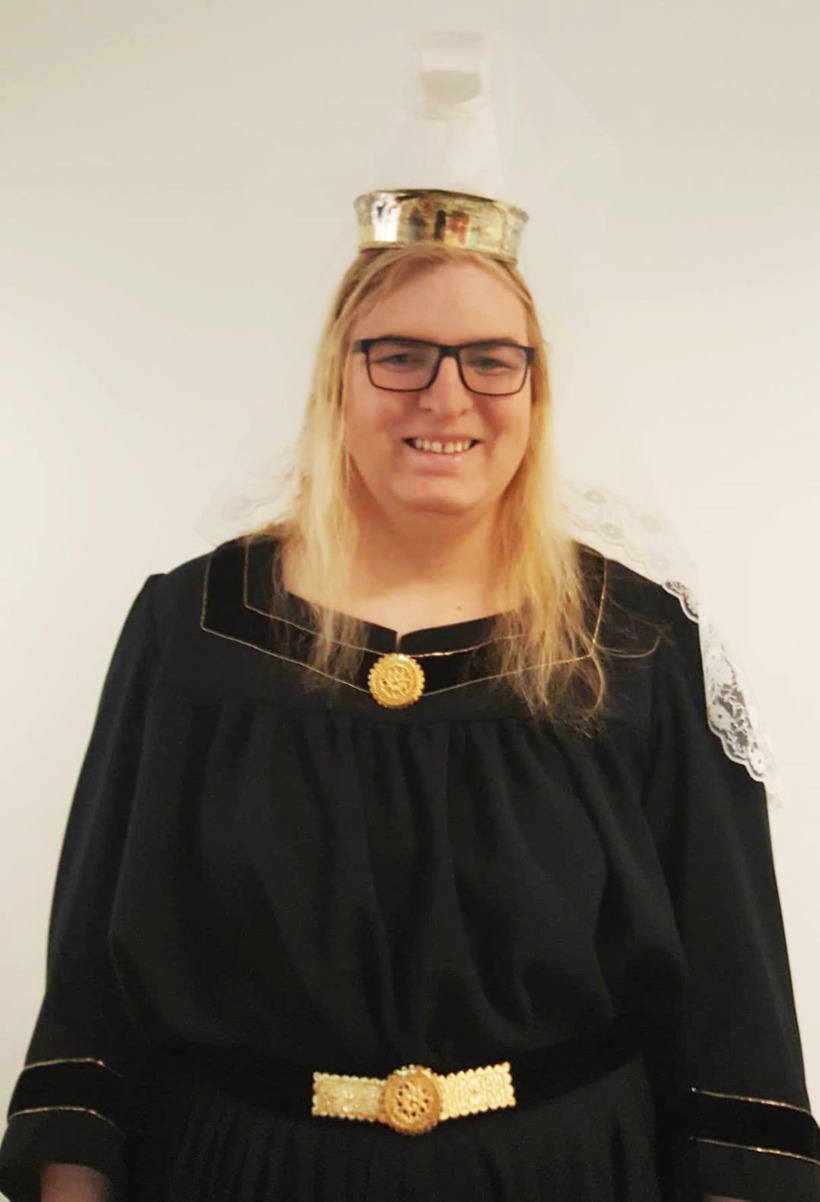 Eva Águsta wearing traditional Skautbúningur, a national costume worn for the most formal of events in Iceland.