Icelandic public should be informed on police armament 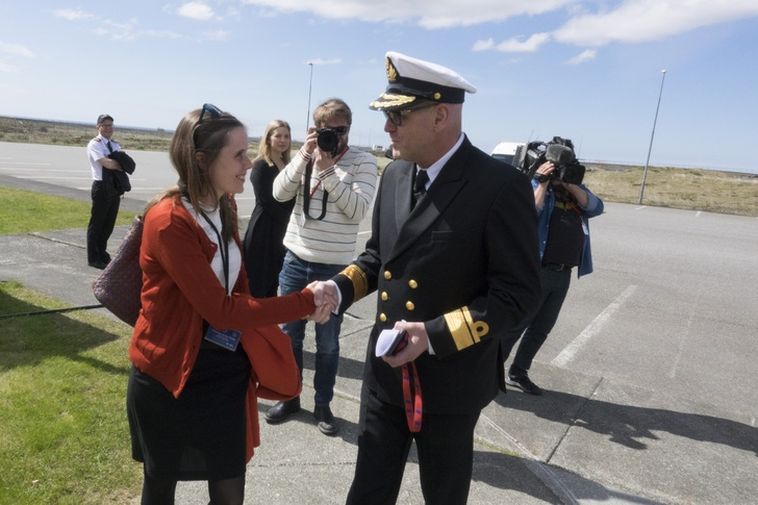 Katrín Jakobsdóttir arrives at the meeting of the National Security Council. mbl.is/Víkurfréttir

Leader of the Left Green Party Katrín Jakobsdóttir spoke at the National Security Council yesterday voicing her opinion that the general public should be informed of any changes to police armament in Iceland.

She also pointed out that while armed police are now supervising gatherings where large numbers of people get together, there isn't enough funding for the general police force. "They are unable to tend to all the duties and demands that we put on them," she said. She also called for an open discussion on armed police and that transparancy was the key.

On radio K100 this morning she said that it's important to discuss within in Icelandic society why police is now carrying arms at certain occasions. "We know about the terrorist acts that have been committed in the countries around us but that doesn't change the fact that no threat levels have been put up in Iceland. It's what is called an uncertainty phase officially."