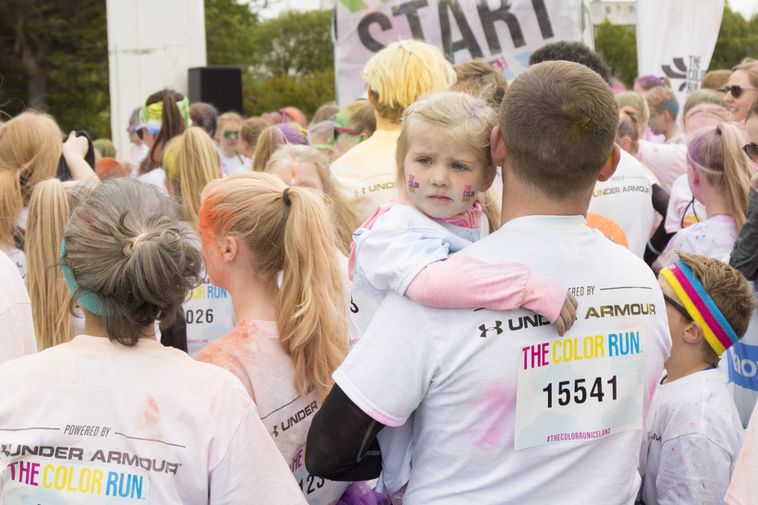 Twenty policemen supervised the Color Run on Saturday, including members of the special armed forces. mbl.is/Hanna

The presence of the special armed forces unit at family event the Color Run on Saturday has caused some concern within society. It is highly unusual for armed police to be seen in public in Iceland.

Over 12 thousand people attended the Color Run in Reykjavik, a family event where people run for charity and literally get painted in a variety of colours.

According to Ásgeir Þór Ásgeirsson, chief at the Reykjavik Metropolitan Police the armed police force memberes were there for normal public police duty. He said that a new security safety analysis from the state police calls for increased security at mass public events in light of recent terrorist attacks in London.

"Police monitors the area and the special armed unit are on normal duty just as other policemen in the country. Police presence is required for events where many people are gathered. This is is a part of that process."

State broadcasting service RÚV reports that the leader of the Left Green Movement, Katrín Jakobsdóttir is critical that the general public had not been informed of these increased security measures. She will be demanding formal explanations at the National Security Council today saying that Icelanders find the presence of armed policemen unsettling.