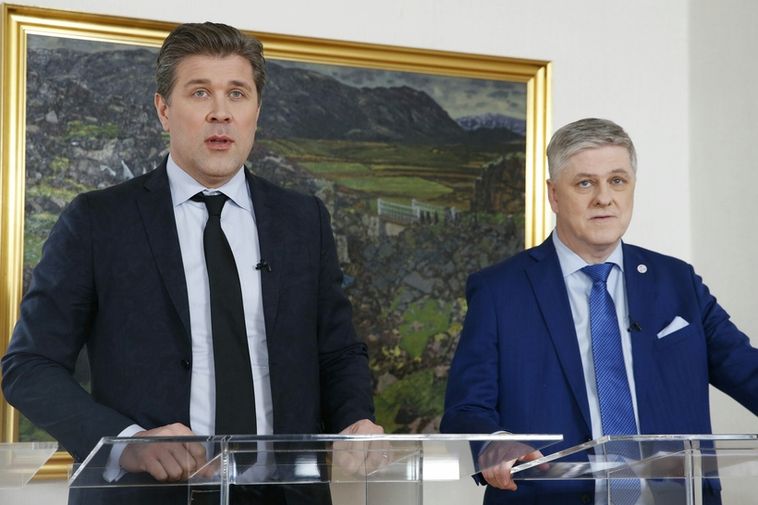 The Icelandic government called for a press meeting today at noon to announce that capital controls will be lifted as of Tuesday. New Rules on Foreign Exchange were published on the Central Bank of Iceland website today.

The announcement is as follows:

The Rules will be published in the Law and Ministerial Gazette tomorrow and will take effect the following day, 14 March 2017. With the new Rules, the restrictions on foreign exchange transactions and cross-border movement of domestic and foreign currency have largely been lifted. In general, households and businesses will no longer be subject to the restrictions that the Foreign Exchange Act places on, among other things, foreign exchange transactions, foreign investment, hedging, and lending activity; furthermore, the requirement that residents repatriate foreign currency has been lifted. These are the items that have had the greatest impact on households and businesses since the capital controls were introduced in autumn 2008. With the amendments, foreign investment by pension funds, funds for collective investment (UCITS), and other investors in excess of the maximum amounts provided for in the Foreign Exchange Act, which until now have been subject to explicit exemptions by the Central Bank, will now be authorised. Furthermore, cross-border transactions with krónur are now authorised. Foreign financial undertakings will therefore be authorised to transfer krónur and financial instruments issued in domestic currency to and from Iceland. The status of króna-denominated assets subject to special restrictions pursuant to Act no. 37/2016—so-called offshore króna assets—will be unchanged, however. Special reserve requirements for specified investments in connection with new inflows of foreign currency will also remain in place.

The Rules provide for general exemptions to nearly all of the restrictions pursuant to the Foreign Exchange Act, no. 87/1992. Restrictions on the following will remain in place, however: i) derivatives trading for purposes other than hedging; ii) foreign exchange transactions carried out between residents and non-residents without the intermediation of a financial undertaking; and iii) in certain instances, foreign-denominated lending by residents to non-residents. It is necessary to continue to restrict such transactions in order to prevent carry trade on the basis of investments not subject to special reserve requirements pursuant to Temporary Provision III of the Foreign Exchange Act and the Rules on Special Reserve Requirements on New Foreign Currency Inflows, no. 490/2016. Guidelines explaining the above-mentioned restrictions will be issued to accompany the Rules.

Amendments have also been made to Rules no. 490/2016 so as to ensure their effectiveness and prevent undesirable inflows of foreign capital after the above-mentioned Rules on Foreign Exchange take effect. The above-described amendments to the Rules on Foreign Exchange do not affect offshore króna assets subject to special restrictions pursuant to Act no. 37/2016. Now that most restrictions have been lifted from households and businesses, it is necessary to assess the impact they have. In accordance with the authorities’ capital account liberalisation strategy, focus will shift again to offshore króna assets, now that capital controls on households and businesses have been lifted. Proposals concerning how offshore króna assets will ultimately be released will be a part of the review of the Foreign Exchange Act, no. 87/1992, and the Act on the Treatment of Króna-Denominated Assets Subject to Special Restrictions, no. 37/2016.

The requirements obliging financial undertakings and other parties engaging in capital transactions to notify the Central Bank of capital movements will remain unchanged for the present. However, various foreign exchange transactions and capital transfers that have hitherto been subject to confirmation by the Central Bank will only be subject to a disclosure requirement. Concurrent with work on the review of the Foreign Exchange Act, attempts will be made to simply disclosure requirements, which in the long run are the premise for the Central Bank’s being able to identify risks to the balance of payments and the financial system.

The reason it is now possible to undertake the above-mentioned amendments to the Rules on Foreign Exchange is that the risk of balance of payments disequilibrium that could cause monetary, exchange rate, or financial instability has diminished significantly in the past year. First of all, restrictions on capital transfers in excess of specified maximum amounts have been lifted without discernible impact on the foreign exchange market or on cross-border movement of capital. When the ceiling on such transfers was lifted at the turn of the year, the vast majority of individuals and companies were effectively unrestricted by the Foreign Exchange Act. Second, the Central Bank’s foreign exchange reserves have increased markedly in the past twelve months, to a total of xxx b.kr. as of end-February. The build-up of the foreign reserves stems from a current account surplus in the amount of 8% of year-2016 GDP, far outpacing forecasts. The outlook is for a continuing current account surplus, foreign liabilities, have declined, and Iceland’s net external position is now positive for the first time in the history of measurements, all of which further reduce the risk of instability. In addition, conditions in the global economy are currently favourable for liberalisation of the capital controls. Third, the Central Bank's purchase of offshore króna assets from the largest owners, announced today, will greatly reduce risk in the long run and facilitate full removal of the capital controls with the appropriate statutory amendments.

The text of the Rules can be found on the Central Bank of Iceland website. As is mentioned above, they will be published in the Law and Ministerial Gazette tomorrow and will take effect on Tuesday. When the Rules on Foreign Exchange take effect, the Central Bank of Iceland will update its guidelines on their implementation, so as to support financial undertakings and other parties in instances where notification to or confirmation from the Bank is required in connection with foreign exchange transactions and cross-border movement of capital.