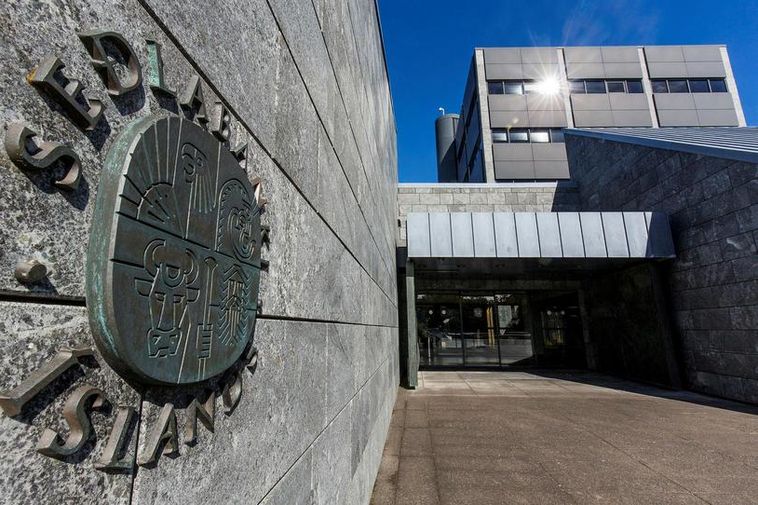 The Central Bank of Iceland building in Reykjavik. Ómar Óskarsson

The Central Bank of Iceland has concluded an agreement with owners of offshore króna assets subject to special restrictions pursuant to Act no. 37/2016. Under the agreement, the Bank will purchase offshore króna assets from them in the amount of equivalent of close to 90 b.kr. at an exchange rate of 137.5 kr. per euro. Offshore króna holders that have not made an agreement with the Bank will be invited to do so in the next two weeks. The agreement is based on the Central Bank's authority to engage in such transactions pursuant to Paragraph 1 of Temporary Provision III of the Act on the Central Bank of Iceland, no. 36/2001.

Act no. 37/2016 laid down provisions for offshore króna assets and defined and segregated them explicitly. This segregation was considered necessary, as large steps in the liberalisation of capital controls on households and businesses were ahead and the foreign exchange reserves were not considered large enough to ensure stability if all of the capital controls were lifted at once.

Since the bill of legislation on capital account liberalisation was passed on October 2016, restrictions on households and businesses have been eased substantially without significant outflows of foreign currency. At the same time, the foreign exchange reserves have grown markedly. This, together with the above-mentioned agreement, reduces the risk accompanying continued liberalisation.

From June 2015, when the three-phase capital account liberalisation strategy was introduced, through end-February 2017, the Central Bank’s foreign exchange reserves grew from about 600 b.kr. to about 800b.kr. in spite of foreign loan payments, the appreciation of the króna, and the June 2016 foreign currency auction. The build-up of the reserves enables the Bank to participate in the above-described transactions. After the transactions, the reserves will be of an amount well above the threshold specified during the prelude to the liberalisation process.

According to the Bank’s assessment, offshore króna assets amounted to approximately 200 b.kr. at the end of February 2017. After the transactions announced here are complete, the outstanding stock of offshore króna assets will total about 100 b.kr. The amendments made today to the Bank’s Rules on Foreign Exchange do not affect offshore króna holders’ authorisations, and those not participating in the agreement will be invited to conduct transactions with the Bank at the exchange rate provided for in the agreement over the next two weeks.

The transactions stave off the risk of large-scale outflows of offshore krónur through the foreign exchange market upon liberalisation of capital controls. Therefore, they reduce the systemic risk associated with a large stock of offshore króna assets, which, in the Bank’s opinion, could have caused monetary, exchange rate, and financial instability.