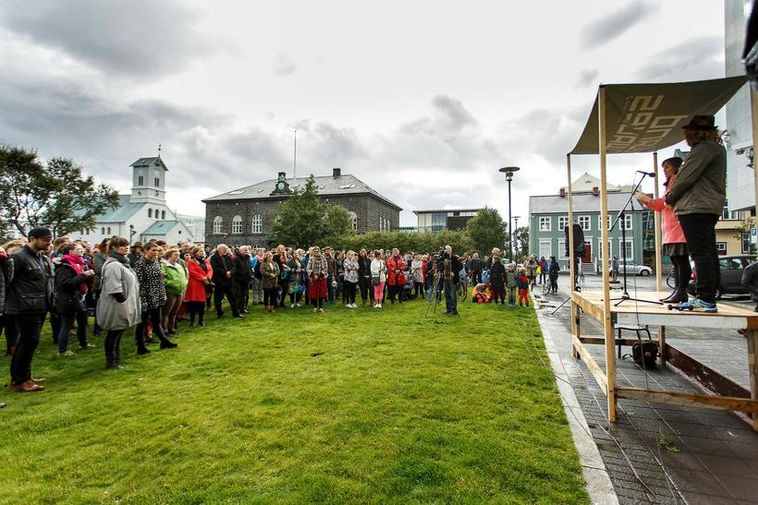 The gathering will take place at Austurvöllur, in front of the Icelandic parliament. Photo: Styrmir Kári

"The primary goal of this demonstration is to show solidarity with refugees and asylum seekers," says Melissa Pfeffer, one of the organizers of a solidarity gathering for the refugees in Iceland. The gathering will take place today, February 9th at 16:00 at Austurvöllur, in front of the Icelandic Parliament.

Recently 47 Syrian refugees arrived in Iceland.  The organizers of this event are celebrating that but at the same time would like to remind the government that they feel that the treatment of asylum seekers is abhorrent.  A treatment that particularly hurts children, which make up for a quarter of the asylum seekers in Iceland.

"We want to provide a space where people can share their stories. The further goal is to increase momentum for a public discussion on improving Iceland´s asylum seeker policy. We will use the demonstration as an invitation for a future event where parliamentarians and asylum seekers and their friends can work together in crafting a humane asylum seeker policy, centring the experiences and wishes of the asylum seekers."

President Trump's actions agains refugees in USA is one of the inspirations for the gathering, according to the Facebook event, where it states that Iceland should take the lead on hospitality towards refugees and asylum seekers.