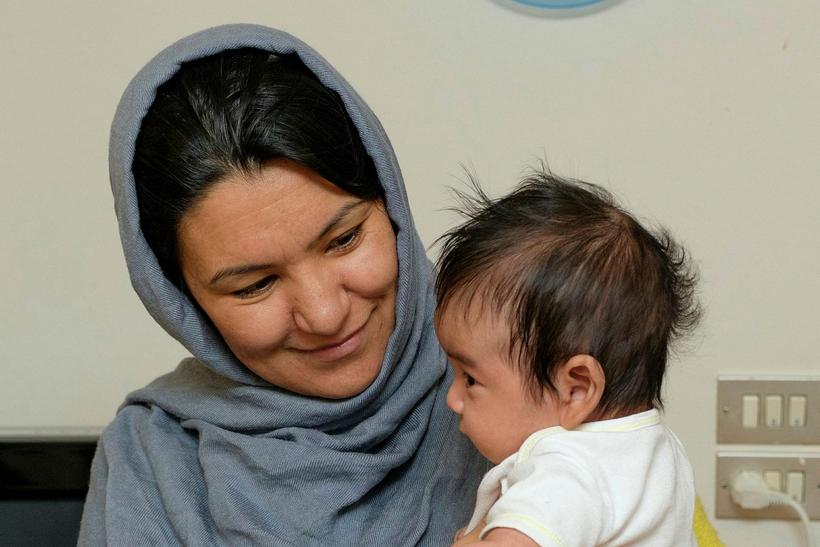 Anisa with little Mikael, born in Reykjavik in December. He's a healthy boy and brings much joy to his parents. mbl.is/Kristinn Magnússon

Pure joy. Pure gratitude. The Ahmadi family can't describe their feelings on receiving news that their application for asylum will be reviewed.

The family escaped persecution from Talibans and fled all the way to Iceland. Among the terrible things that happened to their family was when Talibans attacked their daughter who was four at the time, beaten over the head with a rifle so that she lost consciousness, bled from her eyes, ears and mouth and almost died. The girl, now six, is paralyzed on one side of her face, has no hearing in one ear and lost her eyesight in one eye.  Their younger son who is now four, was so traumatized by the attack that he has barely spoken a word since. The eldest child, an eight year old boy got his arm broken in the same attack on the children.

The original decision to send the family back to Germany on grounds of the Dublin regulation has been overturned and the family have regained hope in being able to stay in Iceland.

The couple, Anisa and Mir Ahmad now have a newborn child and they live in the Seljahverfi district of Reykjavik. Within the next three months they will receive a verdict on the decision made by the directorate of immigration.

The family are shia muslims, a minority that's persecuted by Talibans, and are also of the Hazaras ethnic group, Persian-speaking people who mainly live in central Afghanistan and are another persecuted minority.

The reason that their application is back for review is the enormous trauma and physical disability inflicted on the children, especially the six-year-old girl and that the children should receive assistance in Iceland. 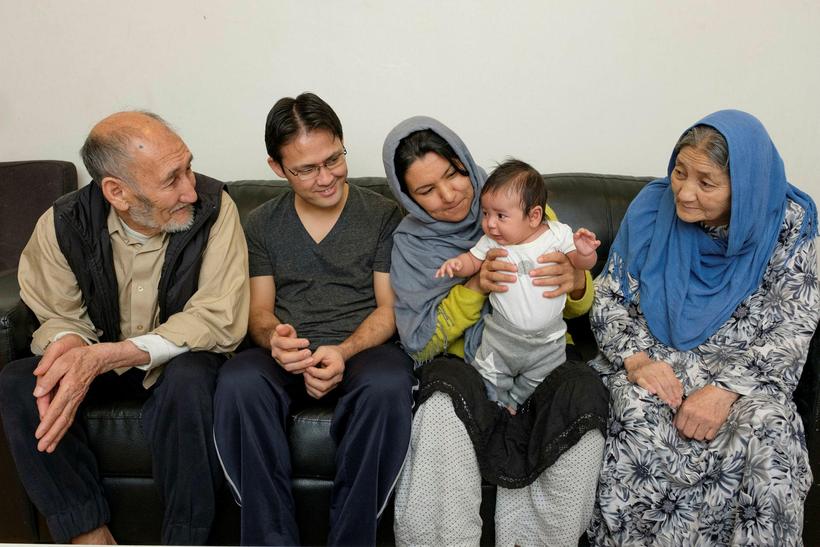 Ruks­h­ar, the little girl, is very happy about the news. "She's trying to forget about the bad things, trying to find her way. Every day is a little better for her," says her father who adds that she now has new Icelandic friends at school and is speaking Icelandic.  Little Saleh, who is four, has started to say a few words. "But he hardly talks. He's still so traumatized from what happened in Afghanistan. But he's a very good boy."

The family miss Afghanistan and Iceland is very different from their homeland. But there are similarites, like the snow. "It snowed a lot in the mountains, and in our village. We know snow very well."