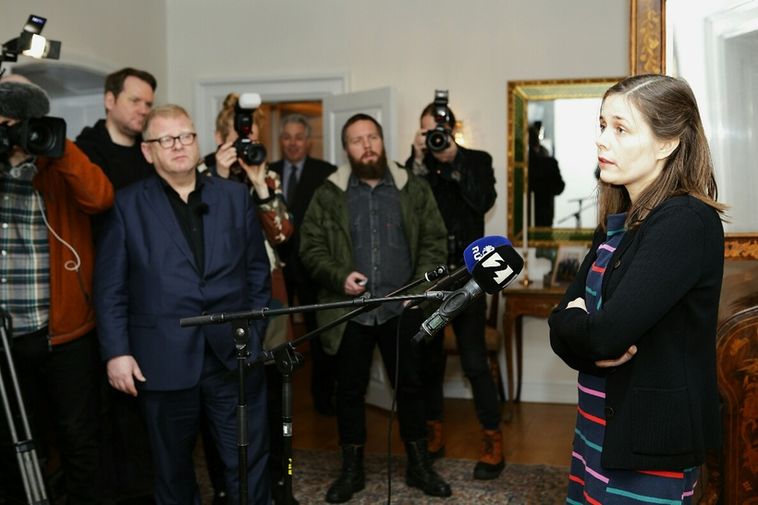 Katrín Jakobsdóttir speaking to journalists after her meeting with the President. Photo: Iceland Monitor/Ófeigur

Leader of Iceland’s Left-Green Movement Katrín Jakobsdóttir has formally renounced the presidential mandate given to her to form a majority government to rule Iceland.

Talks with four other opposition parties to form a grand alliance to oust the current governing parties fell though yesterday and Jakobsdóttir announced her intention to give up the official mandate to her parliamentary party this morning.

She met Icelandic President Guðni Th. Jóhannesson at 10am this morning and informed him off her decision. She told waiting journalists that the situation was “tricky” and that the way forward was in the hands of the President.

Earlier this month, Bjarni Benediktsson – whose centre-right Independence Party came first in the elections with 29% of the vote – decided to renounce his presidential mandate after coalition talks with Regeneration and Bright Future also fell through.

President Jóhannesson is due to speak in a press conference at 11am.