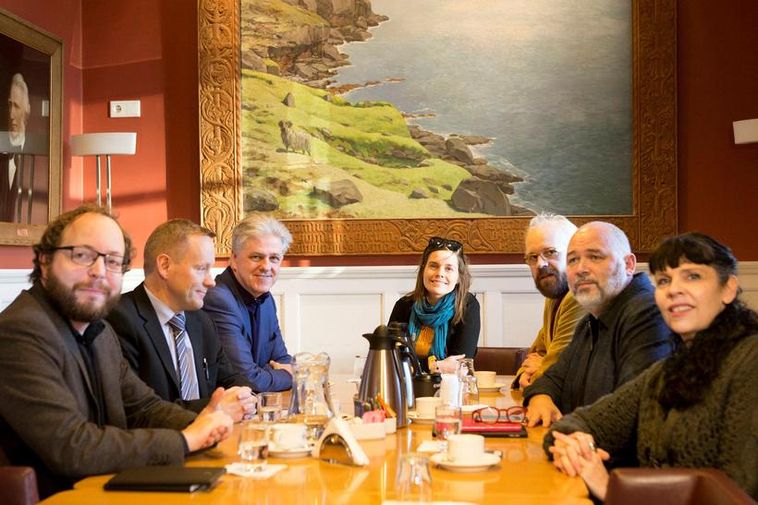 Leader of the Left-Green Movement Katrín Jakobsdóttir is attempting to cobble together an unprecedented five-party coalition of opposition groups and remove the current government parties from power.

One group focused on the economy, another health and education, another employment and the environment, and the fourth equality and constitutional and international matters.

According to Jakobsdóttir, there is most common ground between the five parties on the subject of improving the health service, while taxation and fisheries are the biggest stumbling blocks.

“Nothing has been finalised today but a lot of good work is under way,” said Jakobsdóttir after the meetings had adjourned, adding that she expects a clearer picture to emerge this afternoon. The four working groups are now currently meeting again.

“I gather from the group’s reporting that there is real agreement on prioritising health,” she says.

Yoga classes in English at the heart of Reykjavik