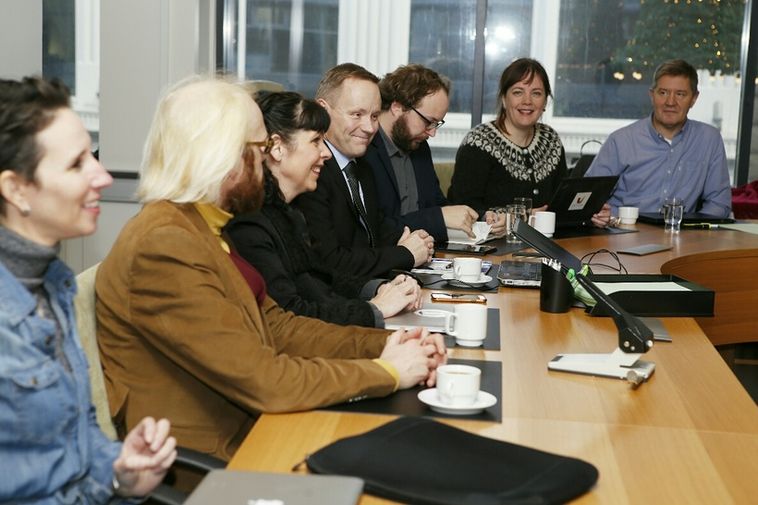 After three days of informal talks, Iceland’s five opposition parties have agreed to begin formal coalition talks with a view to forming a new majority government to rule Iceland.

Under the leadership of the Left-Green Movement, a broad group of five parties – all of Iceland’s political parties with MPs after the recent elections, except the two current governing parties – will now be working on forming a new government.

The five parties are the Left-Greens, Bright Future, the Pirate Party, Regeneration and the Social Democratic Alliance.

“We shall be setting up policy groups that will be working over the next few days to ascertain whether there is a basis for a government coalition,” says leader of the Left-Green Movement Katrín Jakobsdóttir.