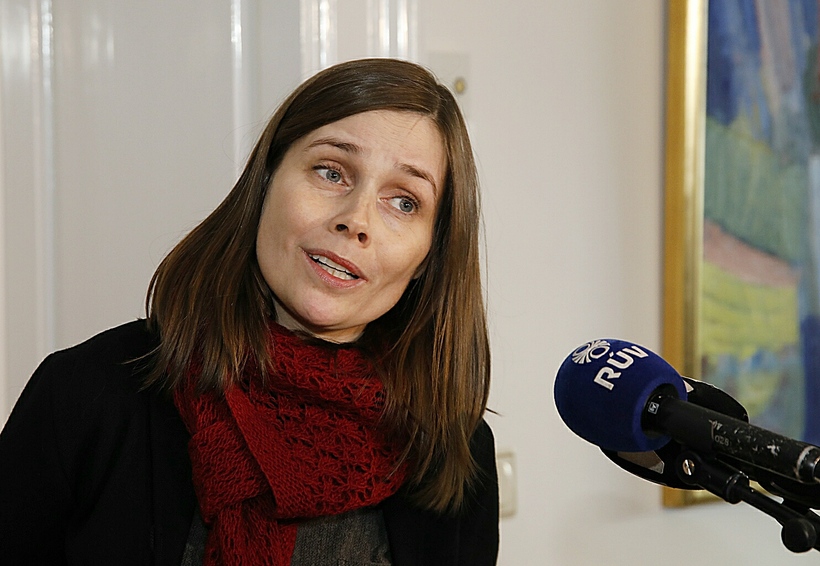 President of Iceland Guðni Th. Jóhannesson has transferred the official mandate to form a new government to leader of the Left-Green Movement, Katrín Jakobsdóttir.

“During our discussion [this afternoon at the presidential residence of Bessastaðir], we discussed the fact that, while we should not act rashly, time is of the essence,” President Jóhannesson told journalists, referring to the need to form a majority government.

Elections took place on 29 October, now over two weeks ago.

Jakobsdóttir confirmed to journalists her intention to try and form a multi-party grand alliance stretching from the centre to the left of Icelandic politics. She has convened her party’s newly elected MP to a meeting at 2pm and will be meeting leaders of other political parties tomorrow.