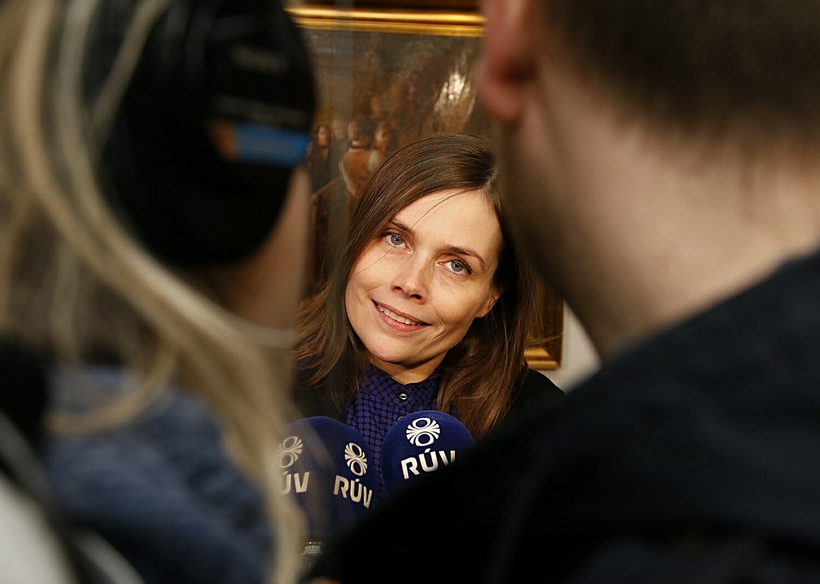 The ‘first choice’ of Iceland’s Left-Green Movement – who came second in Saturday’s elections – would be a governing coalition bringing together the entire opposition and leaving out the current two governing parties.

Party leader Katrín Jakobsdóttir has told the President of Iceland that the Left-Green Movement is “totally prepared to participate in and even lead a five-party governing coalition covering the political centre and left”.

The President is meeting all party leaders today to sound them out on the issues and possible alliances with a view to deciding whom to grant a mandate to first to try and form a government.

The Left-Greens, the Pirate Party, Regeneration, Bright Future and the Social Democratic Alliance have a combined total of 34 MPs – making a majority in Iceland’s 63-seat national parliament (‘Alþingi’).

Such a solution would be the Left-Greens first choice for a new government in Iceland, Jakobsdóttir told press today after her meeting with the President. “The results of this election are a call for certain changes, to our mind,” she explains.

Such a grand coalition would banish the two current governing parties, the Independence Party and the Progressive party, to the opposition benches.