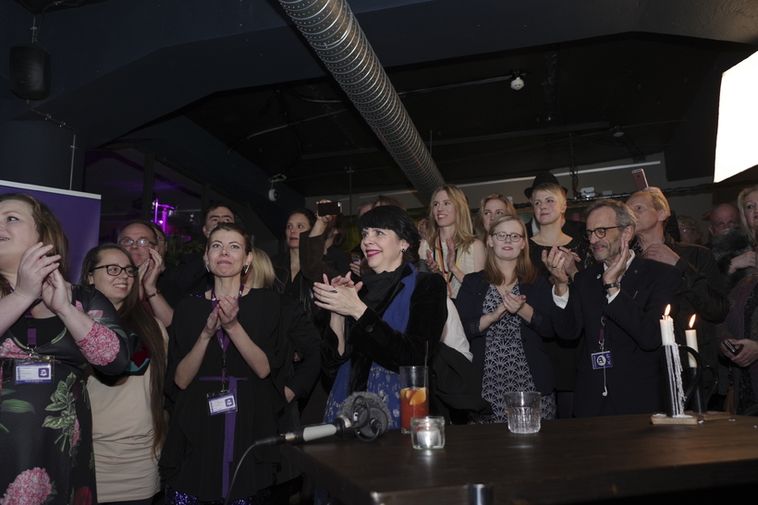 Members of the Pirate Party cheer as vote results are announced. Photo/Pressphotos

The inital election results reported show that Iceland’s right-of-center coalition government will not retain its majority in Iceland’s parliament. As of now the Pirate Party has received 13% of the votes counted, a significant increase from 5,1% support the party received in the 2013 elections.

The Left-Green Movement also has a good reason to celebrate, whereas the Social Democratic Alliance is experiencing its worst election outcome in history. Regeneration, a new right-of-middle political party, has won a good election. These initial results differ from the three opinion polls published on Friday.

The Pirate Party, the Left-Green Movement, Bright Future, and Social Democratic Alliance, declared before the election their intention to work together to form a coalition government if they would secure enough seats in parliament. The Pirate-initiated alliance seems to be falling short of its goal.

Polls closed at 10 pm Saturday and all six constituencies are now reporting vote count results. The vote count will continue into the night. Final results may not be known until the last vote has been counted early Sunday morning. You may follow the vote count on Iceland Monitor here.