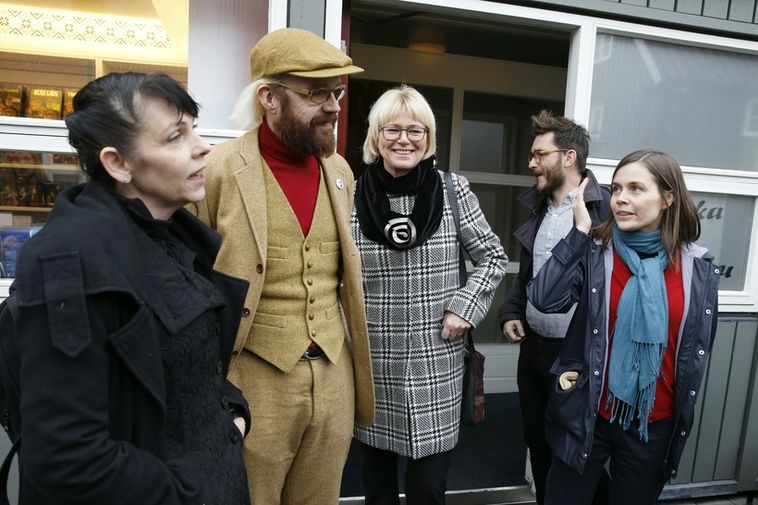 The opposition parties in Iceland met this morning to discuss an anti-government grand alliance if votes are favourable following the elections. They have a sent a joint declaration of intent to the press.

The discussions were the brainchild of The Pirate Party who held a press conference ten days ago to state that they would not be going into coalition with either of the current two governing parties, the centre-right Independence Party (‘Sjálfstæðisflokkurinn’) and the centrist Progressive Party (‘Framsóknarflokkurinn’).

Instead, the Pirates sent a letter to a leaders of the three other opposition parties currently with MPs in the Icelandic Parliament (‘Alþingi’) and to the brand-new Regeneration (‘Viðreisn’) party, inviting them to pre-election coalition talks.

Today's press statement says that "We believe a coaliton between these parties offers a clear choice to the current governing parties, a choice that we believe will create new opportunites for Icelandic society."

This is an unprecedented step as Icelandic parties have generally stood for elections alone without committing to any other party, with coalition talks taking place only once the results are in.